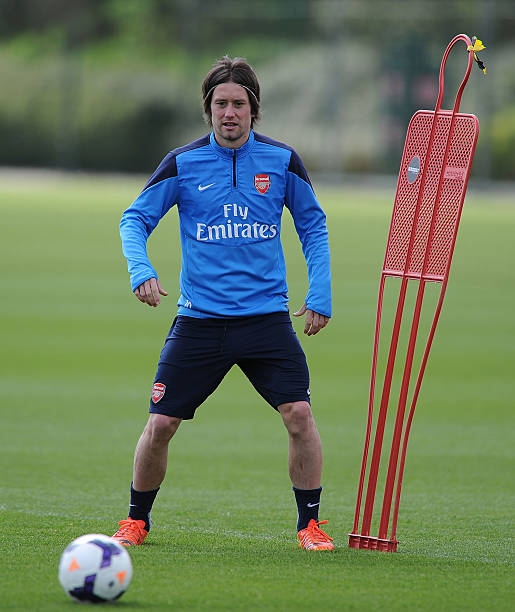 Tomas Rosicky is celebrating his birthday today because he was born on 4th of October, 1980 and he is a very prominent footballer who played for various clubs including Arsenal where he spent 10 years meaning he is one of the Arsenal players to stay at a club a long time but his career at the Emirates stadium was ruined by constant injuries which could keep him out for almost the whole season.

Tomas Rosicky is loved by gooners because many of their best players left them because they wanted pay rises but the Czech republican international stayed at the club until he finally threw towel and gave up.

Most gooners love hum so much because he was a very skillful player and they call him their legend even though he did not win them many trophies but has always remained in the hearts of gooners.

CHECK OUT SOME BEST TWEETS OF GOONERS WISHING HIM A GREAT BIRTHDAY.

It’s my birthday as well. A wish from you will make my day!

Without his presence, the emirates feels like something missing. It’s not about performance. It’s about not having the little mozart with us

Happy birthday Tomas ??? “If you love football, you love Rosicky”.

We miss you our beloved legend

Related Topics:ArsenalTomas Rosicky
Up Next

Theo Walcott Speaks Out Amid Rumours Linking Him Away From Arsenal

Mustafi Update On His International Duty