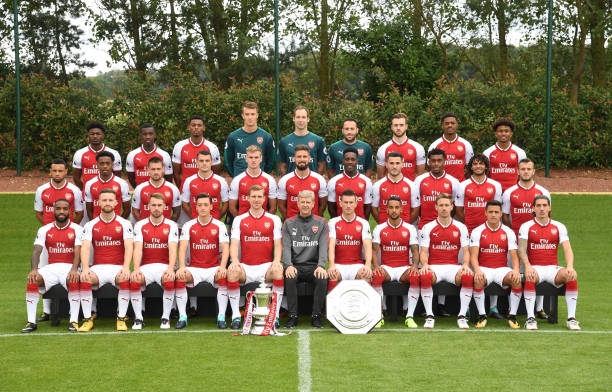 Arsenal will be welcoming Swansea City at the Emirates stadium this Saturday in a bid to keep up the pressure on the top four.

The gunners have started this season on a poor note this season as they have suffered embarrassing defeats like that against Liverpool and Watford which seem to have made football analysts not sure whether they are still title contenders.

Arsenal have released their provisional squad to face Swansea City tomorrow and here it is;

The gunners will be welcoming their centre back Shkodran Mustafi back to the squad as he has been out for about three to four weeks but he has come back quickly than expected, the German international might not be given a start because he is just from the sidelines.

Eddie Nketiah has been named in the provisional squad to face Swansea City this Saturday after his remarkable performance of the EFL Cup against Norwich City which saw the youngster scoring a double.

Arsenal Players Give Out Views On Swansea Win

Arsene Wenger Speaks Out On His Contract