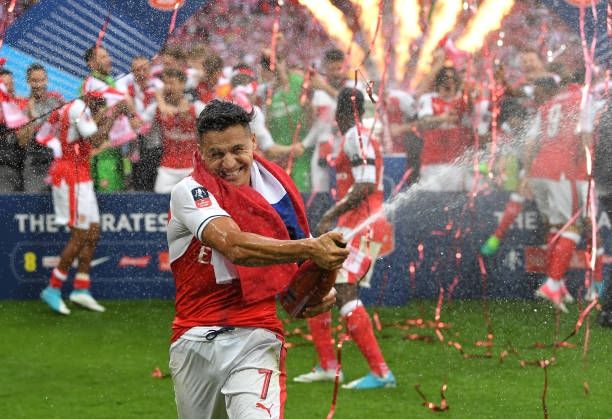 Alexis Sanchez has only one year remaining on his contract and the gunners have told Manchester City their asking price of £30 million according to Mirror.

There has been strong speculation over the future of Alexis Sanchez in the recent months since the 2016/17 season ended but it is said that Arsenal are now ready to let go of the Chilean international in the January transfer window.

Alexis Sanchez has never spoken publically on his future and what was always worrying for the gooners is that it seems there is no development or progress in discussions for the contract renewal so this report of the player leaving in January might be true.

Arsene Wenger once a made a disheartening statement which showed that they duo of Mesut Ozil and Alexis Sanchez.

“We, have tried everything we can” said the manager when once asked how far Arsenal has reached in trying to renew the contracts of the duo. The French manager has however usually been adamant that the gunners would not accept to let go of Alexis Sanchez and even said recently that it was possible for the Chilean to leave.

Alexis Sanchez said that he wants to play in a club that plays in the UEFA Champions League in July and this sparked rumours and transfer speculations of the Chilean but the manager then rubbished off all those rumours by saying that he does not believe in translated content. The gunners will be hoping to see which player Arsene Wenger will bring at the Emirates stadium when he sells the player in January.

It is reported that Manchester City will meet the demands of the club but it means the gunners will have let him go on a smaller amount than they got him from Barcelona because they do not wish to let him go for free.

Mesut Ozil To Join United But Not In January