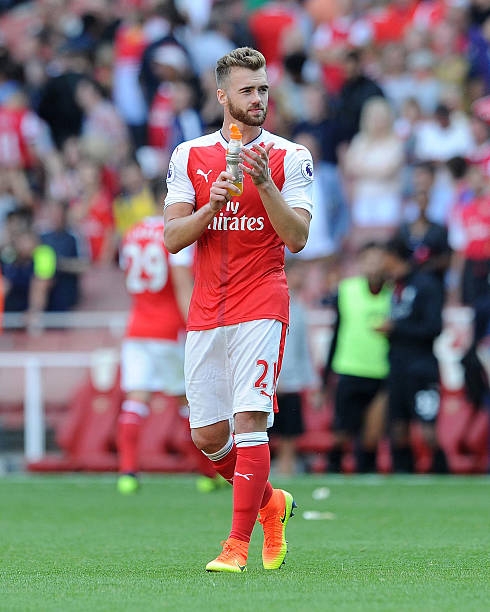 Calum Chambers signed a new 2 year contract extension yesterday and the Englishman is hoping to win many trophies with the North London club, so we thought that we as Arsenal True Fans believe we should bring you what is considered to be the best goal by the youngster in his career at Arsenal.

CHECK OUT THE VIDEO BELOW.

The English  player scored that goal against Burnley and his goal helped the gunners win that match 2-1 at the full time whistle. The Englishman was also surprised himself for scoring such a beautiful goal and then even called himself  Cristiano Ronaldo due to too much excitement.

Calum Chambers said that he is eager to win many trophies with the gunners and will be hoping that he gets given more chances by Arsene Wenger so that he shows the fans his talent but he is currently injured meaning the gunners have got many defenders on the sidelines.

Related Topics:ArsenalBurnleyCalum Chambers
Up Next