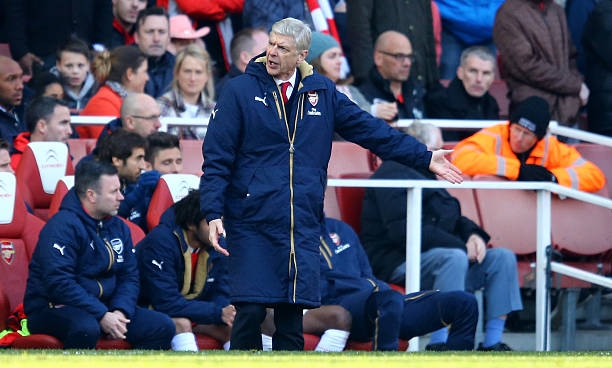 The gunners have not a had a good start they would have been hoping to get, as they have been conceding too many goals and that has left them out of the title race. Arsene Wenger put pen to a new contract in May this year amidst continuous protests from the Arsenal supporters who were strongly against the manager getting given more chances to manage the North Londoners, ESPN FC Craig Burley pundit has slammed the French manager for the poor performances of the gunners this season.

The football pundit says that Arsenal is no longer being talked about in their studios because he sees the club to have lost the capabilities of being title contenders after losing three matches of the first eight matches Played in the English Premier League this season. Here’s what the pundit and former Chelsea has to say about the situation of the gunners;

“When Arsene Wenger grabbed that biro pen and he put ‘Arsene Wenger’ on that white bit of contract for £8million-a-year or whatever it is for that two-year deal, As soon as that happened, they just became an afterthought.” said the pundit. (Info credits – EXPRESS)

The gunners will have to agree with the pundit because they have for long hoped and cried for the leaving of Arsene Wenger for a very long time but un fortunately, the board had different opinions on that situation as they opted to give the French manager a new deal.

Arsenal missed out on a UEFA Champions League spot for the first time in all the year’s Arsene Wenger has managed them and that has been one of the main reasons the football analysts have been saying that the French manager’s tactics are outdated and can’t cope up with the current pressure shown by the modern football.

Arsene Wenger has been usually saying that he sometimes feels like he fears retirement because he can’t see another perfect job he can do other coaching but what made Arsenal supporters most disappointed is that the manager promised the fans a new Arsenal team this season but things haven’t turned out well.

The Arsenal team has not been that impressive this season as they have won three, drawn one and lost three in their first 8 English Premier League matches including the most recent one against Watford on Saturday. Arsene Wenger has however been very impressive in the Europa League as they have won their first two matches and will be wishing they win their Thursday’s match when they travel to Serbia to face Red Star Belgrade.

Theo Walcott Speaks Out Ahead Of Europa Match