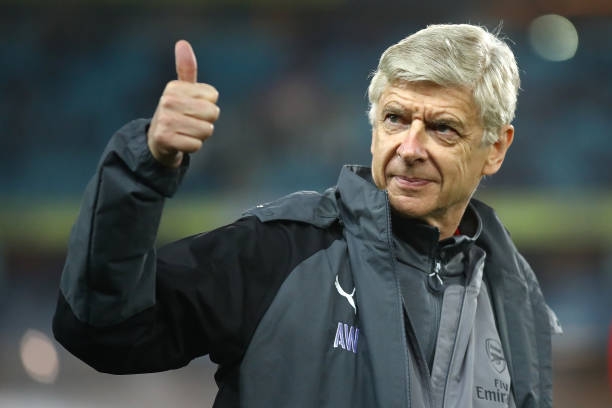 Today marks 68 years since the birth Arsenal manager Arsene Wenger who has spent at the Emirates stadium almost two decades now as he is the longest serving English Premier League manager in the current set of team coaches nowadays. The Frenchman celebrates his 68th birthday today.

Arsenal former star Serge Gnabry was delighted to hear the news that the manager who he takes as a mentor and important person in his footballing career was celebrating his 68th birthday, so the player took to Twitter to congratulate the Frenchman on such an important day of his life.

Came to London as a kid, left as a man. Thank you and happy birthday, Arsene #Wenger! pic.twitter.com/S1Fn4qHfOP

Serge Gnabry left the gunners some time back in the previous season’s after Arsene Wenger thought that his squad was now full of wingers meaning that it would be bad for the future of the German international to stay at the Emirates stadium.

Arsene Wenger won’t be travelling to his home country France to celebrate his birthday because this important day has found him in the line of work and the manager can’t just leave his squad just because he is celebrating a birthday and nevertheless, Wenger is a type of manager who values and likes his job as he usually says that he fears quitting football because he doesn’t see anything he can do apart from a managerial job.

Arsene Wenger is currently 68 years old now and he is soon getting at the age where Manchester United hero Alex Ferguson retired a few years ago. Most football analysts believe that this might be the perfect time for the French manager to also give up and give some room to another young fresh coach to manage the Arsenal team, this is the same wish the supporters are hoping comes true because they would like to see how a new manager could change the gunners.

Reactions Of Gooners On Arsenal’s Lineup

Wenger Reveals What Giroud Told Him On Touchline