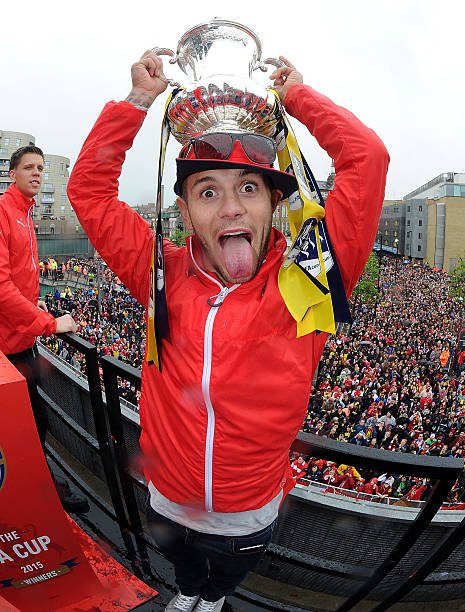 Arsene Wenger made one of the most un expected things last season when he decided to change from the 4-2-3-1 formation he had used for many years to the new modernised 3-4-3 formation. The formation change affected some Arsenal players but some seem to be coping up well with it such as Jack Wilshere which he says that it has made him to be playing in a deeper midfield role;

“I can play in the deeper midfield role, which I did against Doncaster, and then I went and played on the l left,”said the Englishman. (INFO – arsenal.com)

The gunners will be hoping that the player gets used to the formation because they have huge hopes in Jack Wilshere.

Arsene Wenger is known to be a huge admirer of Jack Wilshere but has always said that the Englishman is always cursed with injuries but he says that the player is always hurt so much when goes back to the sidelines when the club need him the most. The player says that he is ready to cope up with the new formation and will be hoping to impress in it because he says that the invincibles were so fantastic in it because they even finished the whole season without losing even a single match.

Jack Wilshere recently returned from injury and he has since been given some chances in the Europa League and Carabao Cup, he has been impressing in those matches especially the most recent Europa League group stage match when the gunners travelled to Belarus to face BATE Borisov.

Jack Wilshere: “We’ve improved defensively as a team. In that transition when we lose the ball, we want to win it back quickly, like the best Arsenal teams over the years.” (info – arsenal.com)

Jack Wilshere was loaned out some season back but it came out as a very frustrating and discouraging loan spell at the Cherries and he was linked with a number of clubs in the summer transfer window but Arsene Wenger decided to retain the player.

Round Of Today’s Arsenal News