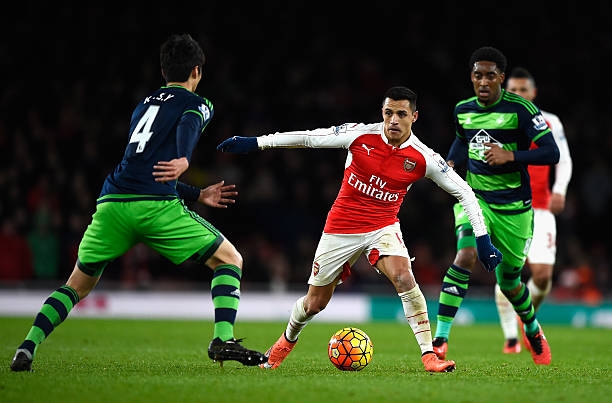 There have been constant reports that Alexis Sanchez will be joining Manchester City in January but it seems the the citizens have come up with a new plan to get the Chilean.

There has been constant transfer rumours over the future of Alexis Sanchez ever since the 2016/17 season ended in May because he only has few months remaining on his contract at the Emirates stadium and there are no visible signs that the Chilean international will put pen to a new deal.

According to METRO, it seems like Pep Guardiola won‘t be going in a bidding war for the winger in January because he thinks that Arsene Wenger will try to overprice the 29 year old in this upcoming transfer window so Manchester City will just sit back and watch the situation of Alexis Sanchez until the season ends, so that they get him for free without paying for any price. The gunners won’t be happy with the plans of the Manchester club because they would wish to sell the Chilean for a good price in order to find the perfect replacement.

Alexis Sanchez didn’t start the opening matches of this season because he was on international duty for Chile a few weeks before the season begun but he has come back and was then added to the main squad right way which has see him scoring two goals so far for Arsenal this season. The midfielder said to be considering leaving the gunners because he doesn’t want to play in the Europa League because he sees it as a competition below his level while some gooners blame him for Arsenal missing out on a UEFA Champions League.

The Arsenal supporters and football analysts are urging Alexis Sanchez not to leave the Emirates stadium because they think the Chilean international has started building a great partnership with Mesut Ozil and Alexandre Lacazette something the fans have been craving for in months.

Forget City,  Other EPL Club To Make Move For Sanchez

Mesut Ozil To Join United But Not In January