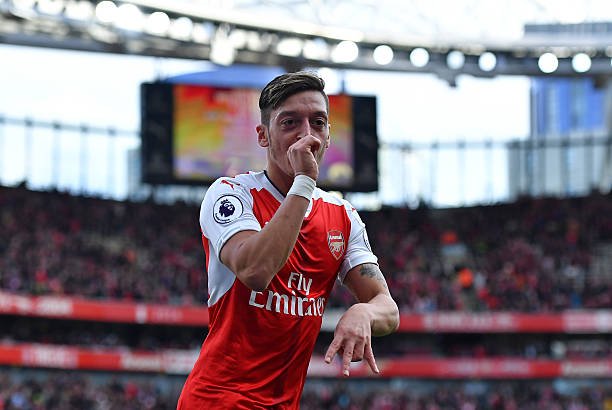 Arsenal went into today’s match without their first choice attacking midfielder Mesut Ozil who was left out of the squad to face Brighton & Hove Albion today due to injury. The German has taken to social media to congratulate his teammates for a well hard fought win against the Seagulls.

Congrats to the next well-deserved win Gunners ???? #AFCvBHA #COYG @Arsenal

There has been strong speculation over the future of the German international who is in the remaining few months of his stay at the Emirates stadium because he is yet to renew his contract at Arsenal. Most football pundits believe that Mesut Ozil injury may be a hoax and that he might be using it as an excuse to try and find a way to leave the gunners in January because he feels its time he left the north London club where he has spent four years and has helped them win three FA Cup trophies since he was announced as an Arsenal player coming from Spanish giants Real Madrid.

Mesut Ozil has been heavily linked with a number of top level European clubs in the recent weeks with Inter Milan becoming the latest club to be linked with the 27 old but it seems they may have to wait for a maximum of about 7 months because Arsene Wenger can’t just let the German go midst the season however some supporters believe that their club is more dangerous when Mesut Ozil is not in it than when he is among the squad playing.

Arsenal Players Words On The Match