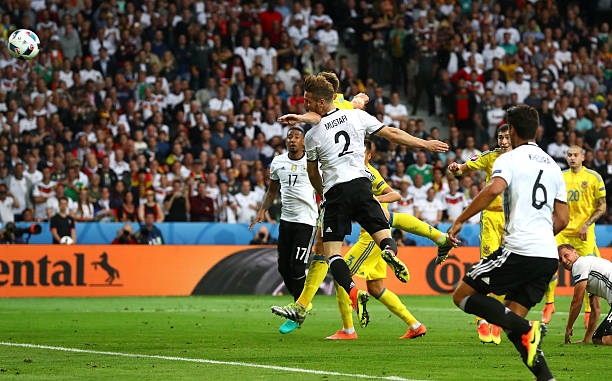 Shkodran Mustafi was released by Arsenal to go and do his international duty as expected from any player. The defender is a German by nationality so he plays for the German national team and they had a match yesterday but Shkodran Mustafi started on the bench but his team won. Check out his tweet;

The gooners will be praying that Shkodran Mustafi comes back fit and healthy from his international duties because they wouldn’t want another injury to an important player because Laurent Koscielny is allready injured and was not even released by Arsenal to go to his French team teammates.

Shkodran Mustafi has become a very important player at the Emirates stadium and is highly regarded as a great defender who plays an important role in Arsenal‘s success. Mustafi’s German team will be playing Russia next as they hope to qualify for the 2018 WORLD CUP.

Sead Kolasinac Reveals Two Players He Loved So Much