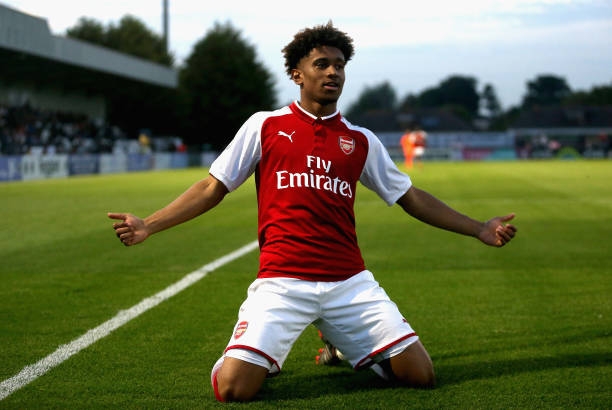 Arsenal youngster Reiss Nelson made his breakthrough into the first team this season after he had a fantastic pre season with the gunners after travelling with the squad to Sydney and Beijing. The youngster is also among the squad that travelled to Belarus for the Europa League.

The youngster has today revealed something he would after quitting football and it is surprising that the English man would wish to go to MMA ;

“MMA is something that I may want to get into after football. I spent some time over the summer doing a lot of kickboxing and I just felt that it was something I enjoyed doing a lot.” the young midfielder told Arsenal magazine .

Gooners will probably be surprised with what their young star would wish to do after he stops playing football but Reiss Nelson says that this is the sport he loves after football.

The Arsenal fans have strong belief that the young English international will grow and mature to be a very important player in the future because he has showed great signs that he is ready to fight until he finally makes it to some Arsenal English Premier League matches.

Arsene Wenger is one of the few top managers that love young talent and wish to promote it but although the Frenchman promotes young talent, he has sometimes instead ruined the talents of some players for benching them so much yet the player is good and a good example would be Joel Campbell who had limited chances so Arsenal supporters will be hoping it is a different story with Reiss Nelson.

Reactions  On The Arsenal Lineup