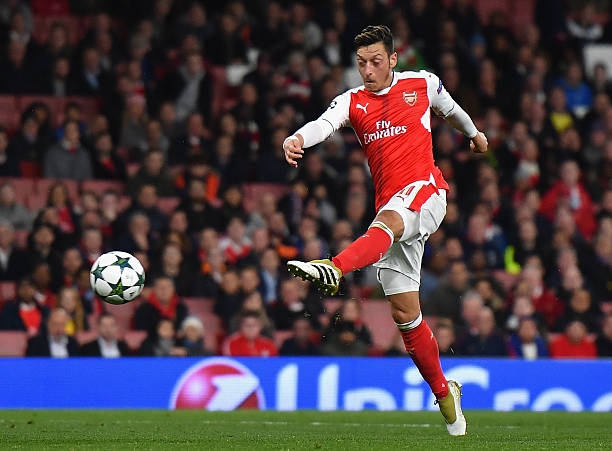 The gunners got so happy yesterday after hearing what seems to be good news after Mesut Ozil‘s  agent revealed that negotiations between the club and his client were going on smoothly amid constant rumours that are saying that the German international will be leaving the Emirates stadium in January. Anything can happen in a space of a second so this might not be the right time for Arsenal  fans to rejoice that their assist king is going to stay.

There has been reports all over all sports news outlets who have been saying that Mesut Ozil  won’t be staying at the Emirates stadium because he feels that it might be the time for the German international to leave the London city. News that Mesut Ozil is much likely to stay and sign a new contract extension will make gooners trust their manager who has always told them that he believes and has confidence that he will renew the contracts of Mesut Ozil and Alexis Sanchez.

Mesut Ozil  has not made any start in the last three matches due to an injury he sustained recently, the German international was not even released for the international break that is ending this week. Some football analysts believe that Mesut Ozil is faking the injury in order to prepare himself to leave the gunners in January because he has seen the club as un ambitious club. Mesut Ozil has been continually posting videos of him in training to show the progress of his recovery and the supporters are very happy about it.

Manchester United are the club that is known to be much interested in the German international and are considering making a move for Mesut Ozil in the January transfer window because it is reported that Jose Mourinho is a big fan of the former Real Madrid star.  Mesut Ozil  arrived at the Emirates stadium in 2013 and he has since been a gift and great signing as he has won with the gunners three FA Cup trophies so he is a respected Arsenal player among the fanclubs.

Sanchez Not To Start Watford Match