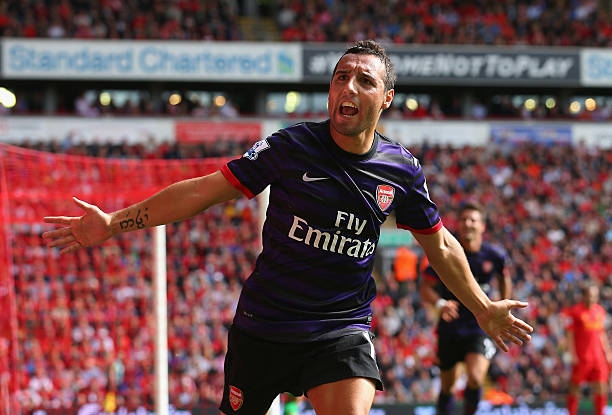 The gunners have been praying for the recovery of their star player Santi Carzola from a long term injury.

The gunners have been a club that usually faces injuries which has seen the North Londoners usually missing out on chances on finally winning the English Premier League.

Arsene Wenger has confirmed and told the gooners they would wish to hear and tells them when the Spaniard international will be back;

“The first signs are positive, but still he has not played for one and a half years.” the manager said.

‘He is not in full training yet, he needs a few games with the reserve team. So I think if all goes well, it will be after Christmas.”

Most football analysts and pundits have been saying for long that the long term injury of Santi Carzola has been the primary cause for the failure of Arsenal to fail to win the English Premier League in the past two seasons. The return. of the remarkable midfielder will strengthen the midfield of the gunners because they have been lacking in the midfield area and Santi Carzola is known for his own skillful playing style hence balancing the midfield.

The gunners have been linked with with a number of their midfielders including Thomas Lemar who Arsene Wenger wants to be a perfect replacement for Santi Carzola but Arsenal may end the internet in the French midfielder because Carzola is returning soon.

EPL Legend Says What Wenger Has Done Best This Season