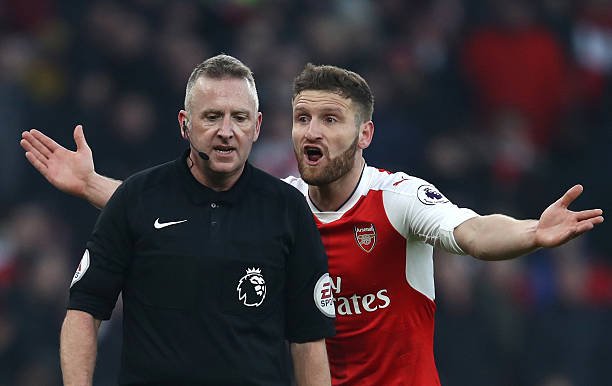 Arsenal defender Shkodran Mustafi got injured recently and the German international is said to be out for weeks or months. This news left gooners un happy because they were hoping that this season becomes the season their precious players don’t get injured but the player has now joined Santi Carzola on the list of player’s on the sidelines.

Shkodran Mustafi has today finally spoken publically after he sustained an injury in the Germany match, the player gave an update to the gunners via his social media account.

Gunners, unfortunately I’m forced to take a break because of a thigh injury. I’m already looking ahead and will give my best to be back as soon as possible ???? Thanks for all your get-well-wishes! ?? ? ??? #coyg #comebackstronger #sm20

The German international will be hoping to come back soon into action before the year ends.

This season is the last season for Per Mertasacker as a footballer because he will be taking charge of the position of being an Arsenal academy so the German international has many things on his mind because he will soon be a junior team coach while Rob Holding has lost confidence after he had a tremendous poor performance for the gunners when Liverpool thrashed Arsenal 4-0, a match that made the supporters hate and underrate Rob Holding.

Per Mertasacker Has Something To Say On Watford Match