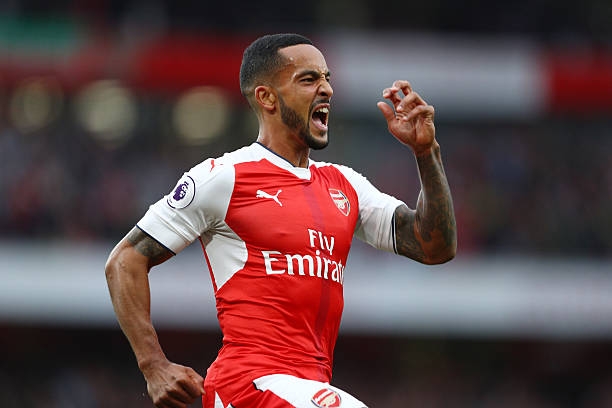 The gunners will be playing in Serbia this Thursday when they face Red Star Belgrade as they hope to keep up the good start in the Europa League. This is a type it competition where Arsene Wenger gives chances to non regular starters because he likes giving rest to some players so Theo Walcott is expected to be given a start as usual because he has played their last two Europa League matches.

The player says that he is ready for Arsenal’s match against Europa League encounter against Red Star Belgrade on Thursday. Theo Walcott has been impressive in the European competition as he has so far scored three goals already.

The Arsenal players have been training today ahead of their Europa League match but there wasn’t many youngsters in the training because it seems that Arsene Wenger is ready to field a very strong team in that match because he doesn’t want to risk the chance for Arsenal to finish the group stage matches as the group leaders because he wishes that his team gets a fair draw in the round of 32.

Theo Walcott has been at the Emirates stadium for a decade now but he has only won three FA Cup trophies in all that time he has spent at the North London club. Most football analysts believe that Arsene Wenger made a very big mistake of trying to retain the player because he doesn’t have much to offer them yet the manager let out some vital players like Lucas Perez and Joel Campbell but he has decided to keep his tabs on the English international.

Robert Pires Speaks Out Some Comments On Ozil