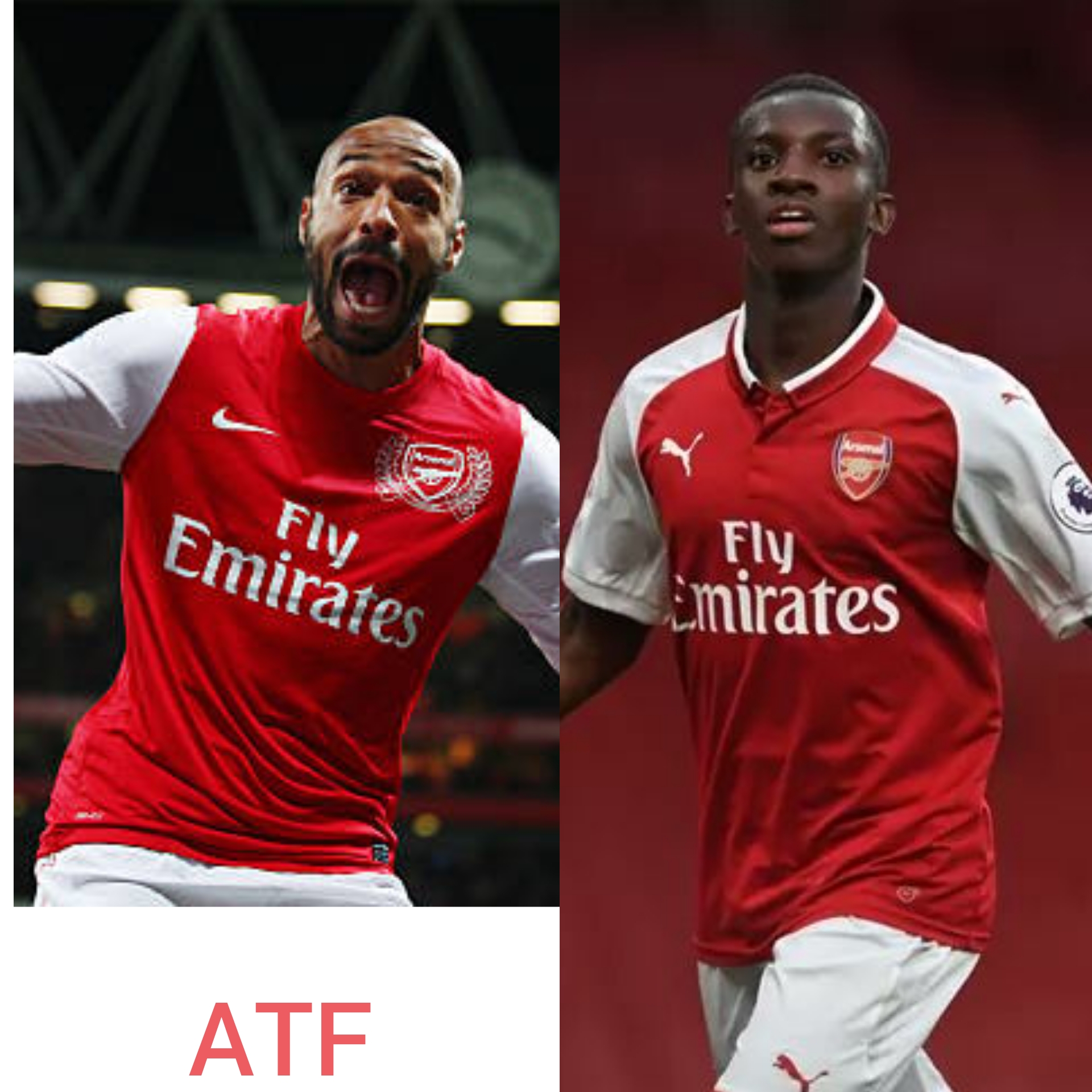 Arsenal 18 year old player Eddie Nketiah Was the hero for the gunners yesterday as he is the one that struck the back of the net two times which was just quite enough to help the gunners qualify for the next round of the EFL Cup and the performance of the player has surprised many who didn’t how he got some potential.

Thiery Henry was also among the people that the young forward caught the eye because the Arsenal and France legend took to Twitter to reveal how he he felt about performance of the 18 year old as you can see below;

What a night for @EddieNketiah9. So happy for him and not surprised at all!

The English Premier League great tweeted that he was so happy for the player on his debut but continued and said that he isn’t surprised at all and most gooners replied his tweets, asking why he wasn’t surprised or if he had seen that the forward was talented before but the young forward replied to the legend and thanked him for the kind words, nevertheless, the player was the star of the match even though the squad had big names like Olivier Giroud and Theo Walcott who both started match but made little impact.

Eddie Nketiah was introduced and given his first debut in the 2nd half of the match and he then immediately made some impact after he tapped in from a corner kick in the last 6 remaining minutes which changed the whole game to the favour of Arsenal who badly wanted the extra time because they were under pressure that they were gonna get eliminated by a Championship club.

The youngster replaced fellow comrade Reiss Nelson who has also showed that is a great player and got a bright future ahead.

Eddie Nketiah was very excited to have scored a double on his first debut with the club and the 18 year old was very excited and even took to social media to update his followers how he felt.

Eddie Nketiah was the star of the day after scoring the two goals that helped his club win the match but he even also made a record of being the first player born after Wenger was took in charge as a manager in October 1996 to score a competitive goal for Arsenal.

Reaction Of Gooners On The Lineup