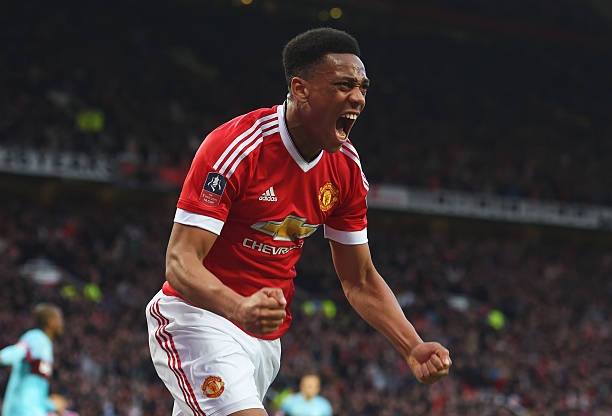 It seems the gunners are very serius on capturing Manchester United star Anthony Martial according to the EXPRESS who say that Arsene Wenger wishes to sign the Frenchman because he considers him to be a perfect replacement for Alexis Sanchez. It wasn’t revealed how much the gunners bid but is believed to be around in £40-£60 millions.

Alexis Sanchez has totally refused to sign a new contract in order to extend his stay at the Emirates stadium but it now seems that Arsene Wenger is not ready to just wait for the Chilean to change his mind, it isn’t known whether Jose Mourinho could accept to let Anthony Martial to go but the gunners will be betting on the fact that the Portuguese manager already has other players that are capable of playing in that position.

As per statistics from Who Scored,Anthony Martial has been the better player than Arsenal’s star Alexis Sanchez because the Red devil has so far scored 3 goals in just seven English Premier League matches while the Chilean is yet to register a goal in the EPL but these stats aren’t enough and are not the perfect ones to say who is better. Although the Arsenal supporters may not be happy if Alexis left, they also would never wish to have a player who is not proud of wearing the North Londoners badge.

The gunners are currently 5th on the table while Anthony Martial’s team is the one leading the table meaning it might be very hard for the gooners to try and capture the midfielder in January but will be hoping that the fact that the Frenchman is being always on bench at Manchester United could spear head his decision to leave the Manchester City to join the gunners in January.

Mesut Ozil On His Way To Beskitas

Analysis:Can Martial Be A Good Replacement For Sanchez