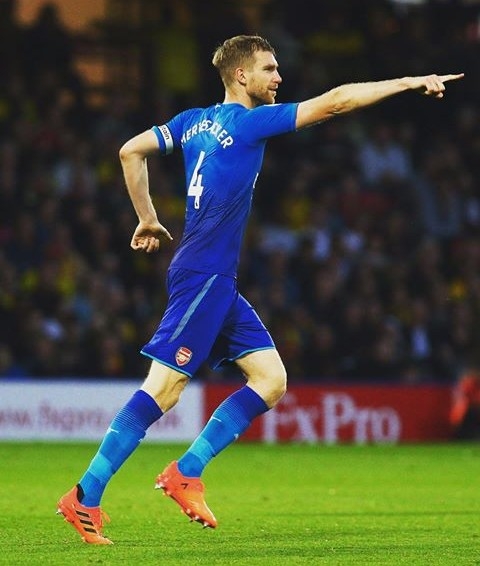 The gunners have today faced another setback today in their 2017/18 season as Arsenal have today been defeated by Watford today. It was a very un lucky day for the gunners today as they lost 2-1 to the hornets after a dramatic last minutes of the match. CHECK OUT THE FULL VIEEO HIGHLIGHTS OF THE MATCH

The gunners were hoping to get into the top four but all their hopes have been shut down due to the brilliance of the Watford players who looked like they had came into the match with full confidence and were very sharp through out the game. The gunners were very blunt in attack during the whole match because it is a defender that opened the scoring for them in the first half.

Per Mertasacker opened the scoring for the gunners in today’s match but the job wasn’t done yet as the hornets equalised later on in the 2nd half of the season and later put pressure on the Arsenal defense until it finally opened up with the hornets securing all the three points in the last minutes of the game.