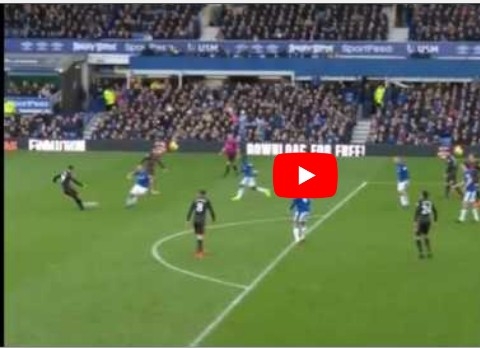 The gunners have equalised through their left back Nacho Monreal who has helped them cancel the earlier goal that was scored by Everton midfielder Wayne Rooney. The gunners will be hoping to get more goals.

WATCH THAT NACHO MONREAL GOAL BELOW:

PREVIOUS 5 MEETINGS BETWEEN ARSENAL AND EVERTON

The gunners will be hoping to secure the three points because they would like to go into the top four for the first time this season.