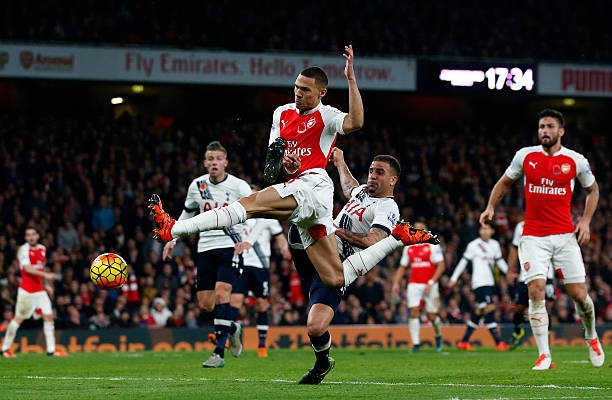 The gunners will be welcoming Tottenham Hotspur at the Emirates stadium today as they hope to get back to winning ways.

The gunners will be kicking off this weekend’s English Premier League with an early kick off against Spurs, this will be an outstanding match because it is a North London derby which means a lot to both of the two clubs because they have strong rivalry.

Arsenal provisional squad Vs Tottenham Hotspur has been released.

The gunners have got good news ahead of the North London derby of Danny Welbeck and Shkodran Mustafi coming back from injuries after a short spell on the sidelines.

This match is an English Premier League and it will take place at the Emirates stadium at 1:30 PM GMT

Arsenal Lineup Vs Spurs  And Reactions

Per, Ozil, Xhaka, Wilshere And Sanchez Reactions On Spurs Match