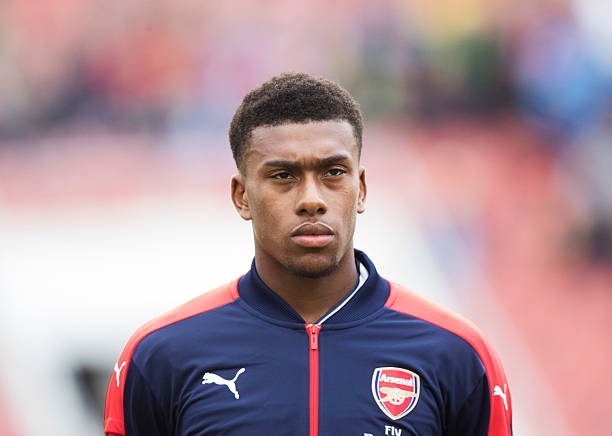 The gunners lost to Manchester City yesterday after a very poor display showed by the Arsenal squad yesterday.

The gunners came into this match with a lot of changes to their usual starting eleven with Alex Iwobi also making his way into the squad un expectedly. The Nigerian international missed many chances but says that he is greatly disappointed with the result;

“We were pushing to get the equaliser but unfortunately the referee wasn’t able to see that it was offside.’ the midfielder told arsenal.com

‘There’s nothing that you can do, we just have to move on to the next game.”

The gunners looked out of position yesterday because the manager has changed the formation to a different one that wasn’t usually used and this sudden change looks to have affected the performance of the Arsenal team.

Alex Iwobi hasn’t been a regular in the Arsenal squad in English Premier League so it came as a big surprise when he was among the squad that was chosen by Arsene Wenger to play against a big club which is currently on a good run.

Alex Iwobi has been at the Emirates stadium for some good years and the Nigerian international has showed his qualities in the last two years but he has had few chances this season because the gunners got squad depth in almost every position.

Related Topics:Alex IwobiArsenalManchester City
Up Next