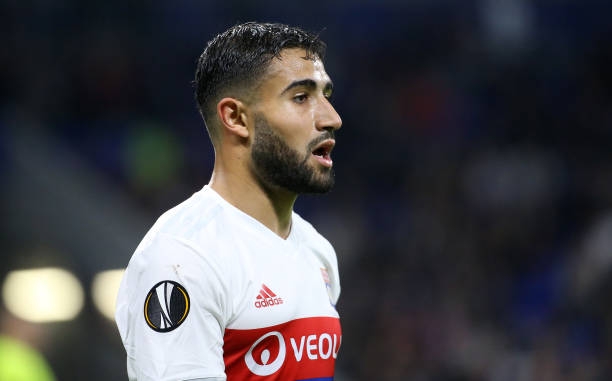 The gunners have been heavily linked with Nabil Fekir for a week now and it is said that Arsene Wenger is interested in the playmaker.

There are reports which are suggesting that the gunners would like to make some more signings in the January transfer window because they have started the season poorly, there was a report that a deal of Nabil Fekir to Arsenal had been completed.

Lyon President has given out his say on the transfer speculations over their star and says that he won’t be selling the player to Arsenal.

“Will Fekir be at the club after the winter transfer window Of course.’ He told SFR SPORT.

‘And nothing says that he will leave at the end of the season either, he is under contract until 2020 and likes playing for Lyon very much.

This will come as bad news for the gunners because it was believed that the player was in line to be joining them in the January transfer window because they are craving for a new signing because their current squad doesn’t seem to be serious as they have suffered embarrassing defeats against Liverpool and other teams.

Nabil Fekir is a top midfielder and playermaker who will improve the creativity of the Arsenal team but most gunners are worried that £60 million is too much for the player but are quite surprised that Arsene Wenger is gonna break the Arsenal transfer record twice in the same season but all this might not happen because the Club President confirms that he won’t be accepting to let go of the player even though did let Alexandre Lacazette to leave in the Emirates stadium.

Arsenal will now need to look for players else where if they would wish to mount a title challenge because it seems their squad still lacks some more new faces mostly in the midfield area, it is now believed that the gunners will reignite their interest in Thomas Lemar who has been linked with a move to the Emirates stadium for months now.

Arsenal Star To Leave In The January Transfer Window