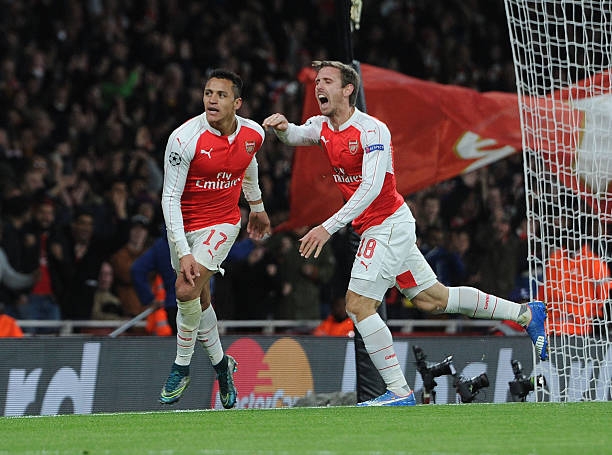 The gunners signed Alexis Sanchez a few years ago and he has always proved that he is worth the money he was bought over the years he has spent at the Emirates stadium.

Alexis Sanchez was named Arsenal player of the season for the 2016/17 campaign after the Chilean international had a great season seeing him score over 20+ goals in the English Premier League.

Arsenal left back Nacho Monreal has said that the Chilean international is the LeBron James of the English Premier League due to their performances in their fields of sport.

“I think Alexis Sanchez is the LeBron James of the Premier League. The defender is quoted by DAILY STAR.

‘He is one of the best players in the league and I have the opportunity to train with him every single morning.’

LeBron James is a well popular NBA star who is considered to be the best player in the league and the Arsenal left back says that Alexis Sanchez always has that eagerness to win like that of the Cleveland Cavaliers player who plays as a forward.

Alexis Sanchez has become an important player at the Emirates stadium because he is a goal poacher for the North London club and most of the squad members wouldn’t wish to be on opposite ends with the player because it is said that rivals Manchester City are interested in signing the Chilean international.

The 29 year old got a few months remaining on his contract and there hasn’t been any clear sign that Arsenal has begun negotiations with the player which means Arsene Wenger is ready to risk losing the player for free in the 2018 summer transfer window because the current contract says that Alexis Sanchez will be a free agent at the end of this season.

Mertesacker Reveals On If Lacazette Has Been A Great Signing