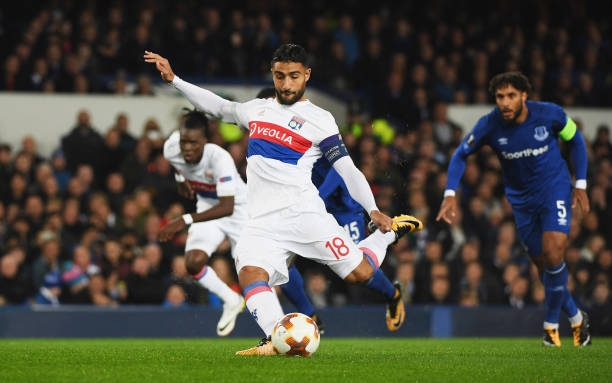 The gunners made their way into the top four for the first time on Sunday after defeating Burnley so they will need to make more signings in the January transfer window in order to compete for the title.

There have been various reports which say that the gunners are monitoring the situation of Lyon star Nabil Fekir will be arriving at the Emirates stadium in the January because Arsenal are looking for suitable replacements for Mesut Ozil .

There has been a report by Daily Star which says that the transfer of the player to Arsenal because talks have already begun between the two clubs with the gunners proposing a £60 million bid for the French international in the January transfer because Arsene Wenger is worried that he will be losing on one of his star players in one month’s time.

Mesut Ozil has refused to sign a new contract with the gunners even though the club would like to tie him up at the club but it seems the German international is no longer interested in staying at the Emirates stadium so it is said that Arsenal have gone into the transfer market and have already identified Nabil Fekir as a suitable replacement for the want away player who seems to have finally made decision to leave the gunners.

Nabil Fekir is a highly rated playmaker and most football analysts are backing the manager to try and sign the Frenchman who say that it might be better for the gunners today get the player than having Mesut Ozil who has held the club and supporters as hostage because they aren’t sure what is on the mind of the former Real Madrid star.

Mesut Ozil missed the gunners match against Burnley and the supporters feel that it is a sign that the player wants to leave the gunners in the upcoming January transfer window but will stop worrying because it seems the manager has identified a replacement if Mesut Ozil does leave.

Arsenal Transfer Target Confirms That Might Leave His Club In January