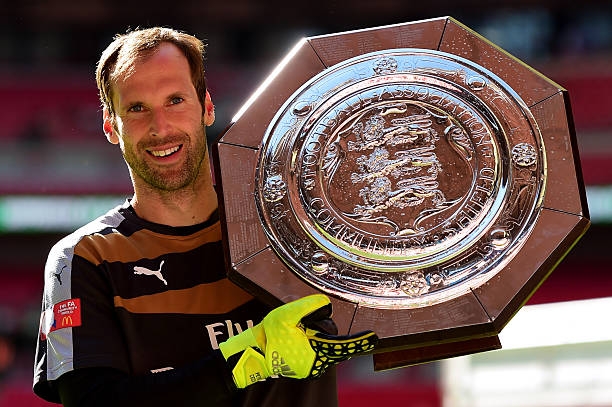 The gunners started the 2017/18 season on a poor note but have started rebuilding themselves because they have climbed into the top four for the first time since this season begun.

Arsenal goalkeeper Petr Cech has started all the gunners English Premier League matches this season and the Czech Republican international has faced a lot of criticism because the gunners have been underperforming due to reckless conceding which makes the supporters say that it’s the keeper’s fault.

Petr Cech has given out his say on how he sees the situation of the league competition and says there is still a long way for clubs to decide which teams are victorious this season;

“It is only 13 games in, that is the most important thing and there is so many points to be won.’ the player told EVENING STANDARD.

‘You do not reach your goals after 13 games you need to carry on for 38 games and show consistency.’

‘There can be plenty of twists in the table and you see yourselves climb after two wins then have a draw and fall out of the top four pretty quick. It is packed in there and I think it will be until the end of the season.’

Petr Cech was given a start against Burnley on Sunday and the goalkeeper was very outstanding against the Clarets because he made some pretty good saves which it could have been very worse if the gunners had conceded yesterday. The goalkeeper says that football analysts shouldn’t rule out the gunners on the teams that are capable of making a challenge for the English Premier League this season even though they didn’t make a good start to the season obtaining only three points in the first 3 matches.

Read: Xhaka Reveals What Made Him To Become A Footballer