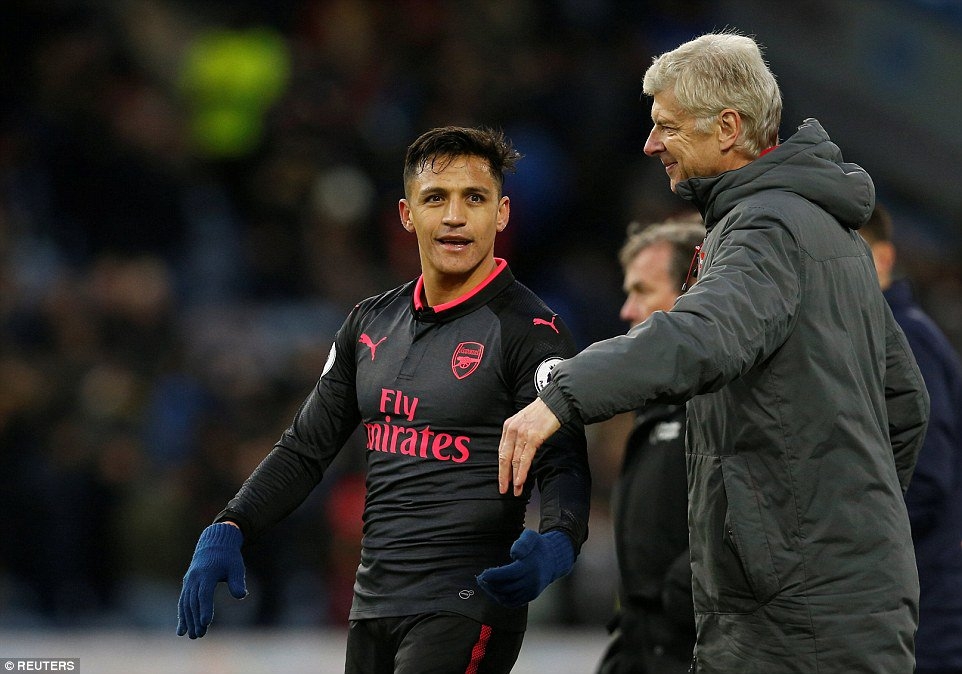 The gunners faced Burnley today at the Turf Moor stadium this evening and Arsenal obtained all the three points thanks to a lategoal by Alexis Sanchez.

The gunners grasped a late win today after a tiring 90 minutes of Arsenal trying to penetrate the defense of the Clarets who wished to have a defensive match so that they find the gunners a sleep at the back but Arsene Wenger’s men were very clever to fall into that plot.

Arsene Wenger was very impressed with the performances of the Chilean international and applauded him for confidently putting the ball into the back of the net in the last minutes of the match. The manager said that he pushed him into the middle of pitch which became fruitful;

“I pushed him more through the middle and he was much more influential. The manager is quoted by METRO SPORT.

‘In the 2nd he was much more dangerous.’
‘He did alright when he came on and he has that little burst to be dangerous.”

The gunners were very happy about the performance showed by the Chilean and all the teammates because most football analysts were expecting either a loss or draw for Arsenal in this match because the gunners usually find it hard when playing defensive minded clubs like Burnley.

Arsene Wenger will be hoping that Alexis Sanchez starts improving and be scoring more like how he was last season but it seems that the transfer saga that occurred in the summer transfer window when he was linked with a number of clubs like Manchester City but the gooners will be hoping that he leaves those behind him and focuses more on the team as they wait if he will stay at the Emirates stadium after the January transfer window.

Arsenal will now focus on their next match after successfully obtaining all the three points after a late minute goal from Star player Alexis Sanchez .

Read: Xhaka Reveals What Made Him To Become A Footballer