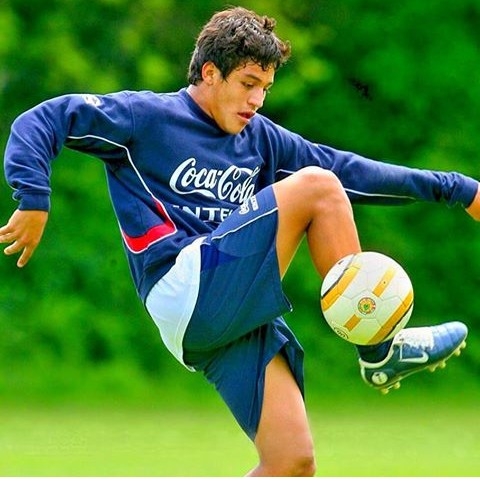 The gunners signed Alexis Sanchez in 2014 and the player was celebrating his 29th birthday yesterday and took the time to reveal how he became a footballer yesterday.

Alexis Sanchez is a Chilean international who plays for English football club called Arsenal and the player has played in about three leagues in his professional footballing career. The midfielder celebrated having reached 29 years yesterday and then took the time to reveal how he became a footballer via his Instagram account.

The winger wrote in his native Spanish language but it is translated to this in English;

“I was born on December 19, 1988 in Tocopilla ( Chile) had a dream, be football player one day they told me they wanted me to train with the youth of Cobreloa, I was happy and nervous, look at the first practice and thought are very good not is if I make it, at that time did not know they had young so good at football and had the latest model shoes…well, I had my first practice and play with my feet first, I thought about my family. I said “This is my dream and nobody will prevent. ”

According to the statement made by the Chilean international, he is very happy to have made that decision to join football because he has become successful in it and has played for big clubs like Barcelona and Arsenal.

The midfielder has been very impressive in most of the clubs he has played in and he even has helped Arsenal win three FA Cup trophies but he currently has only a few months remaining on his contract at the North London club but the supporters will be hoping that he signs a new deal with them.