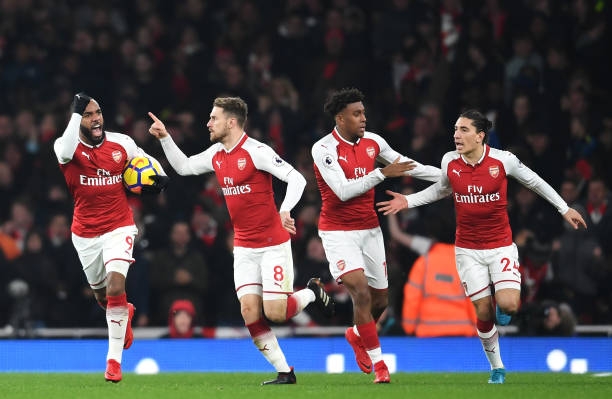 The gunners welcomed the red devils at the Emirates stadium yesterday as the day of the highly awaited match had came but Arsenal were surprisingly defeated 3-1 by Manchester United.

The gunners were caught a sleep in their defense yesterday after making too terrible defending mistakes made by the Arsenal players hence conceding 2 goals in the first 11 minutes of the match which killed the match.

Arsenal legend Ian Wright has blamed the defense for failing to handle the attack line of Manchester United and the former gunner had this to say;

“Arsene Wenger said it was a disastrous start for them with the mistakes they made.’ the legend is quoted by DAILY STAR.

‘Arsenal had 33 shots compared to Manchester United’s eight but there were mistakes in that.’

‘I am not taking anything away from United, and the way they played but you donot play a pass across the pitch like Koscielny did for the first goal.’

‘I think those goals could have been avoided by simply just switching on.”

The gunners could have at least obtained at least one point in this match if it wasn’t for those early goals which were conceded before even 15 minutes into the match. Shkodran Mustafi can also be named as the player to blame for the 2nd goal Arsenal conceded but he was surprisingly subbed from the match after that incident after getting an injury but most supporters believe he faked the injury because he was ashamed about what he had done.

The gunners were very confident coming into this match yesterday because their defense had proved un breakable but were surprisingly dismantled by the counter attacking Manchester United squad which looked too defensive and mostly used counter attacks.

The gunners will now have to focus on their next match which will be against BATE Borisov but the manager will surely not field a strong team because Arsenal have already qualified for the Europa League round of 32.

Petr Cech: We were un lucky against Manchester United