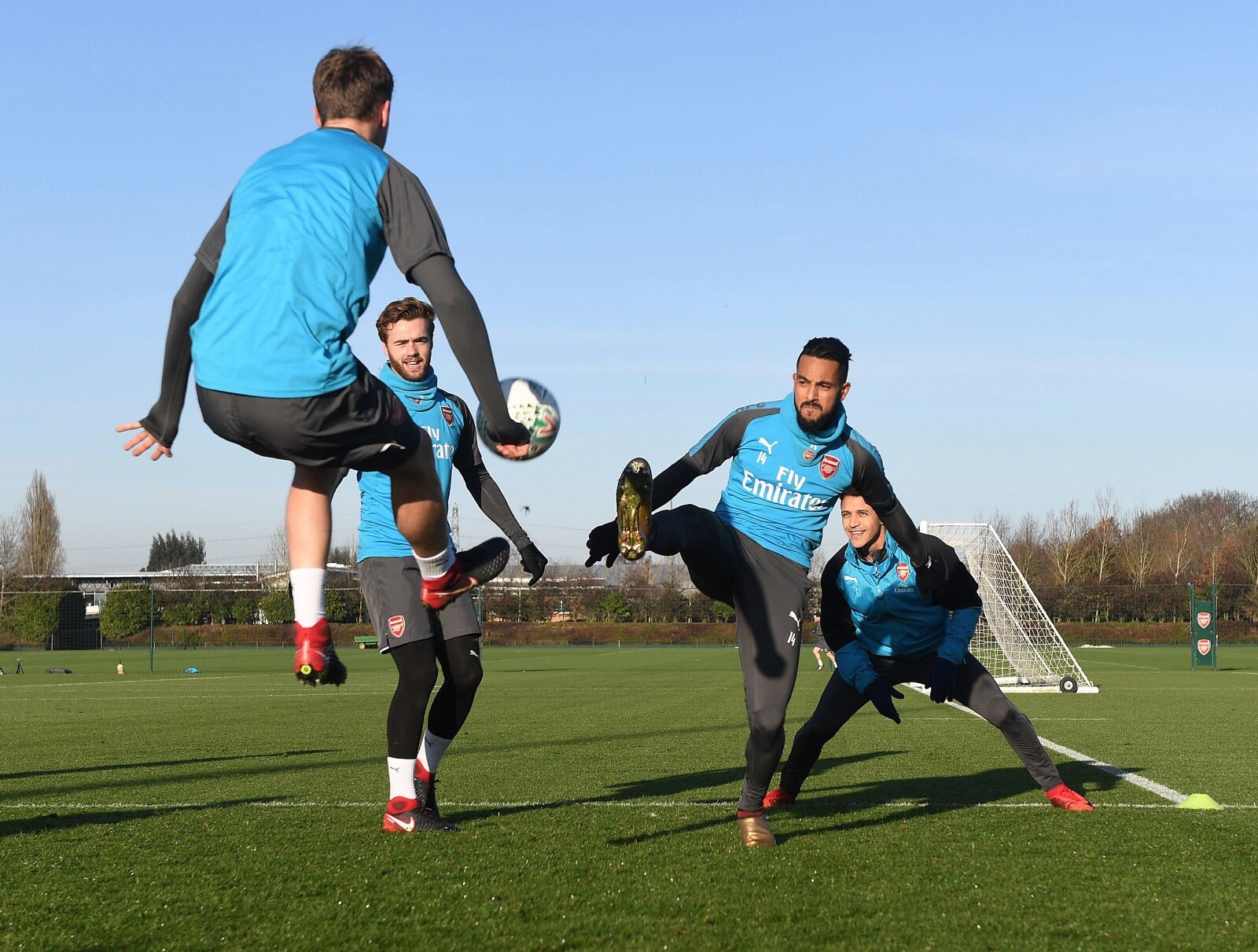 The gunners will be playing against West Ham United this week again which means they will have played against the hammers twice in the same month.

The EFL Cup ( Carabao Cup) is back and the gunners progressed to the next round last time the competition took place and they have reached at the final stage of the cup competition whose winner is usually crowned in February.

The Arsenal players trained at their training grounds the London coloney and we have brought some of the pictures from the training today.

The gunners will come into this match hoping to take revenge on West Ham United after the hammers stopped and held Arsenal to a goalless draw which stopped them from moving into the fourth position of the English Premier League.

Cech Explains Why Lacazette Is Not Scoring Many Goals