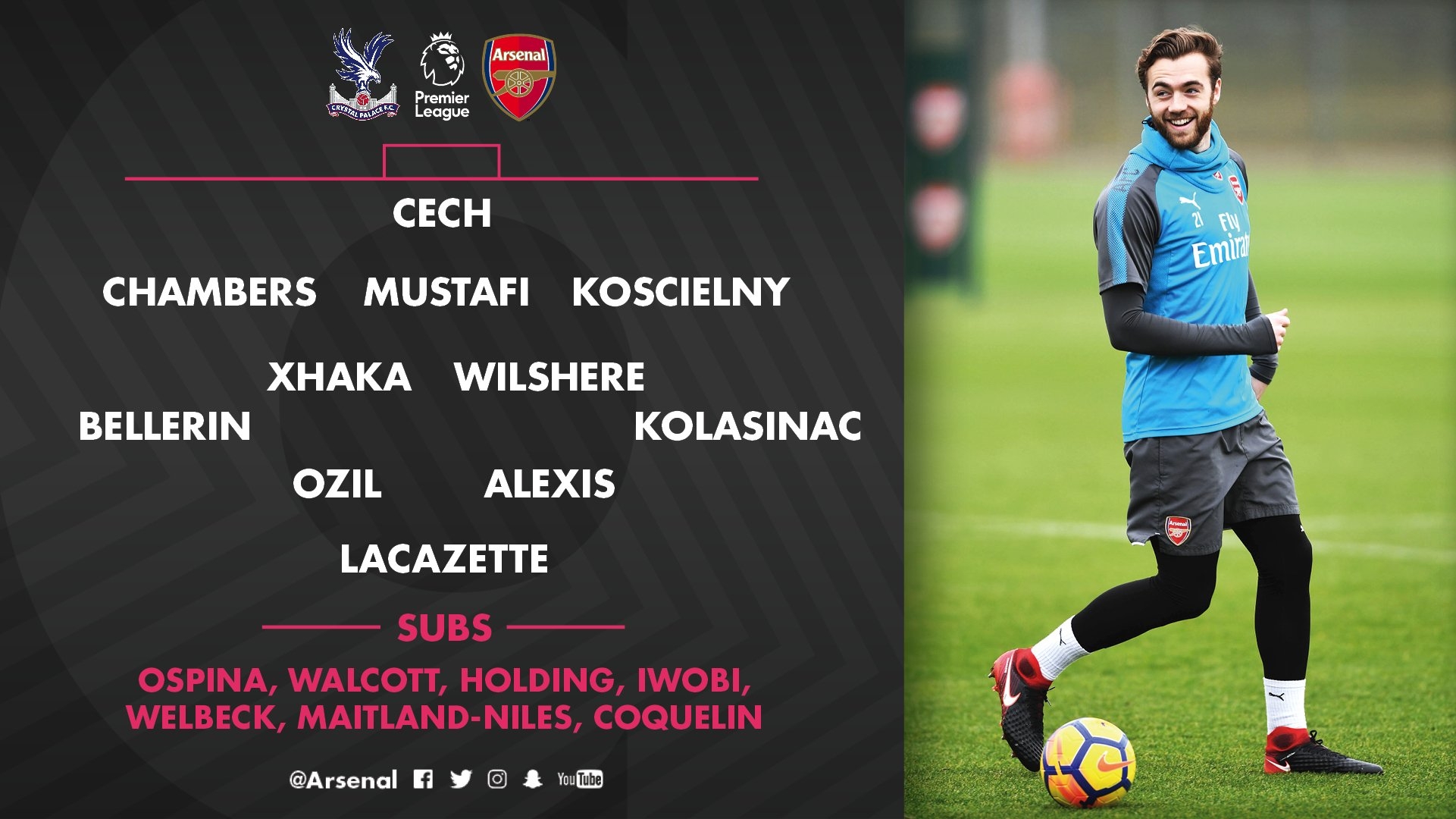 The gunners have been welcomed at the Selhurst Park stadium by the under performing Crystal Palace but Arsenal will have to work hard to get all the points.

The gunners have not been performing well in this season especially when playing away but will be hoping to change that today because the three points. are vital for Arsenal. The lineup has been announced and here’s the team to face the eagles;Cech, Chambers, Mustafi, Koscielny, Bellerin, Xhaka, Wilshere, Kolasinac, Ozil, Alexis, Lacazette

REACTIONS OF GOONERS ON LINEUP.

Xhaka the weak link in this formation. Happy with this tbh

Why revert to three at the back ??