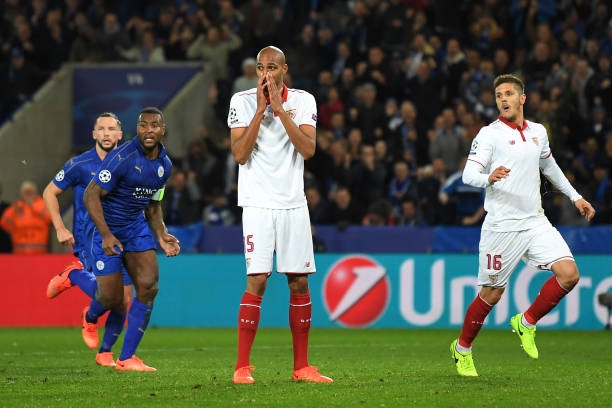 There has been continuous reports linking Steven NZonzi to the Emirates Stadium with the reports saying that the Arsenal manager would wish to bring him at his club.

The gunners have had a poor start to the first half of the season in the English Premier League and will be looking into going to the transfer market to acquire new players in order to strengthen their squad ahead of the tough matches coming up in 2018.

The gunners had identified Steven NZonzi was their winter transfer window target but there has been a report by MIRROR SPORT which says that the gunners will have to compete with EPL rivals Everton who are also ready to make a bid once the January transfer window.

The gunners have been urging the manager to at least make some more signings in the January transfer window because it seems they are nolonger title contenders for this season’s English Premier League title and are now battling out for a finish in the top four. It is said that Steven NZonzi might choose Arsenal over the toffees because they are a top club but so far nothing has been made public on the situation of the player at Sevilla.

The gunners transfer target currently has a buy out clause of £32.5million but it isn’t certain whether Arsene Wenger will be willing to let that amount go for only one player because he is known as the type of manager that usually doesn’t like spending mostly midst the season ( January transfer window) and has always lamented for the removal of the winter transfer window.

The gunners signed only two players in the summer transfer window this year with one coming on a free transfer and the other costing £52million and the supporters will be hoping for new faces at the club.

Related Topics:ArsenalEvertonSevillaSteven Nzonzi
Up Next

Wenger To Make Move For Defender In January ( Not Luiz )