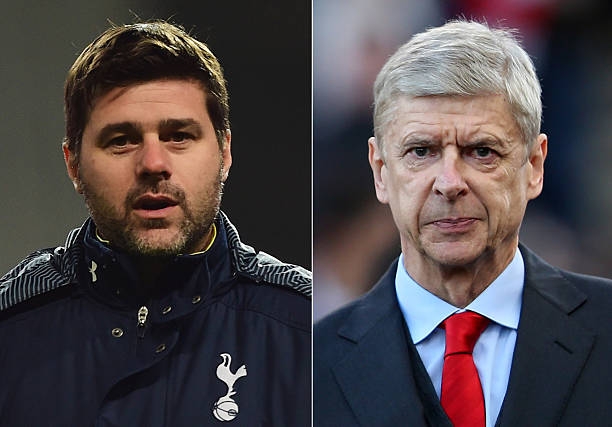 The gunners have been long term rivals with Tottenham Hotspur for a century now and up to date, the two teams have never been in good terms because supporters of both sides have each other.

Arsenal lost to the red devils on Saturday while their North London neighbors Spurs made a draw with Watford hence both sides losing valuable points this weekend. Spurs manager Mauricio Pochettino was asked about his title ambitions for this year and the manager said that he now has to focus on winning his games which means he wasn’t sure whether they are still title contenders currently.

Arsenal manager Arsene Wenger was asked if he agreed with his fellow manager and he had this to say;

“I am not Pochettino. I am Arsene Wenger.’ the boss is quoted by METRO SPORT.

‘I am here to fight as long as I can as long as mathematically it is possible you have to fight you cannot give any other message out.”

The manager reassures the gunners that the battle hasn’t been lost even though Manchester City have proved to be un stoppable this year but the French manager says he will not lose hope if he can still mathematically catch the citizens so he asked for the support of Arsenal fans who have already lost hope after the Manchester United defeat.

Some gunners believe that their Weekend’s defeat to red devils couldn’t have happened if it wasn’t for those early goals that were scored due to mistakes by the defenders so will put faith in the manager because his squad did win impressively before Saturday against Huddersfield Town, Burnley and Tottenham Hotspur.