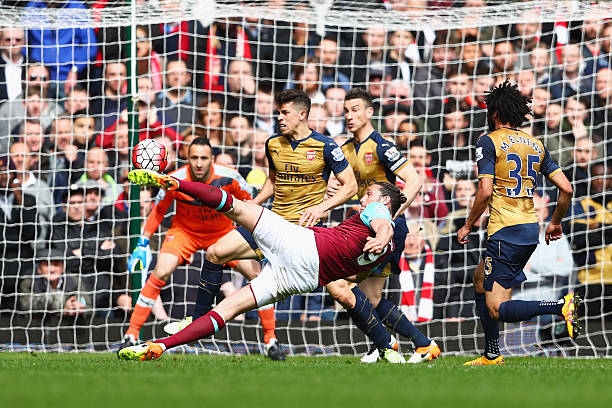 The gunners are getting welcomed at the London stadium Today by West Ham United who have already been underperforming this season.

The gunners will come into this match well knowing that they strictly need a win because 3 points are needed if they would. like to go into the top four before the new year begins which is just a few weeks away. West Ham United aren’t currently strong as they were last season because they are in the bottom of the table while Arsenal are in the 6th position.

The gunners have played a total number of 140 matches with the hammers since the establishment of the two London clubs and of those matches, Arsenal have won 63 matches, drawing 38 and losing only 34 times.

The gunners have won two and drawn one in their last three matches with the hammers.

The gunners draw in their last English Premier League match after they were welcomed at the St Mary’s stadium by the Saints who held the North Londoners to a 1-1 draw so it will be very important for Arsene Wenger’s men to win today.

As you can see above, West Ham United have not won any match in their last five matches.

This will be a must win for the gunners.

Southampton Vs Arsenal Match Preview, Time And All You Need To Know