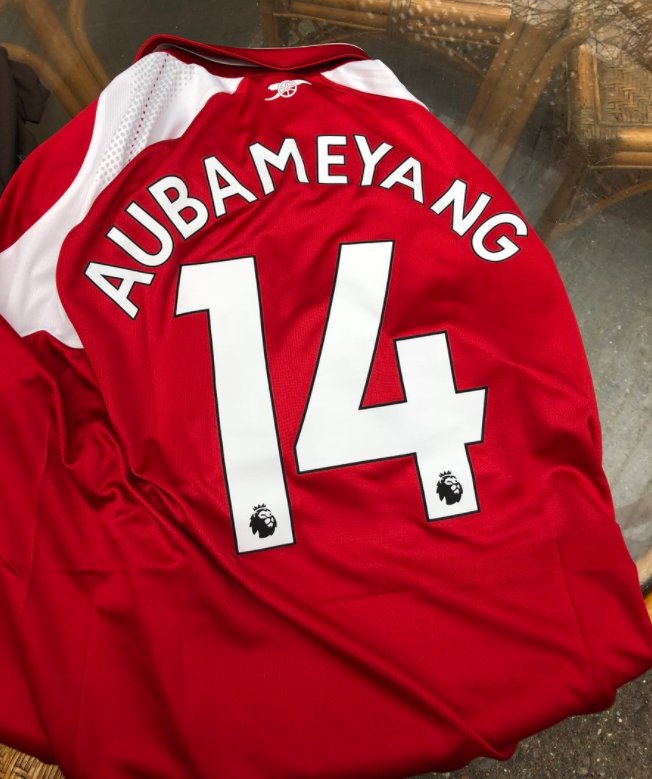 The gunners are eagerly waiting for the announcement of Aubamayeng signing which seems to be taking for ever even though it might be announced in a few hours or the next day.

The two clubs reached an agreement on a fee rumoured to be around £60 million yesterday and a few minor things are being done before the transfer of Aubamayeng from BorussiaDortmund is announced to the public.

The Arsenal fans can’t wait for the announcement as they have already printed shirts having the name of the Gabon international and with Jersey number 14.

The gunners will be hoping that the saga doesn’t turn out to be like the one that happened a few years ago with many Gooners hoping to see Arsenal announce signing of Karim Benzema.