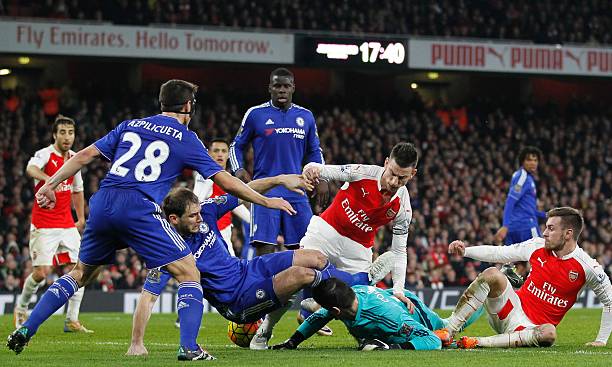 The gunners have always been having a hard time when playing the blues in the last decade but they have recently started standing firm and holding them to draws and sometimes beating them.

The Arsenal supporters will be hoping to see if they can perform well against a big team without their star man Alexis Sanchez who has already left the club this month.

Arsenal has been under performing in the recent few weeks but this is a win they will need if they want a chance to meet Manchester City in the finals. The gunners made a goalless draw at Stamford Bridge and are now at their home stadium so they will need to avoid conceding many goals.

The gunners have not lost in the last five matches against the Western Londoners which is quite impressive to the fans.