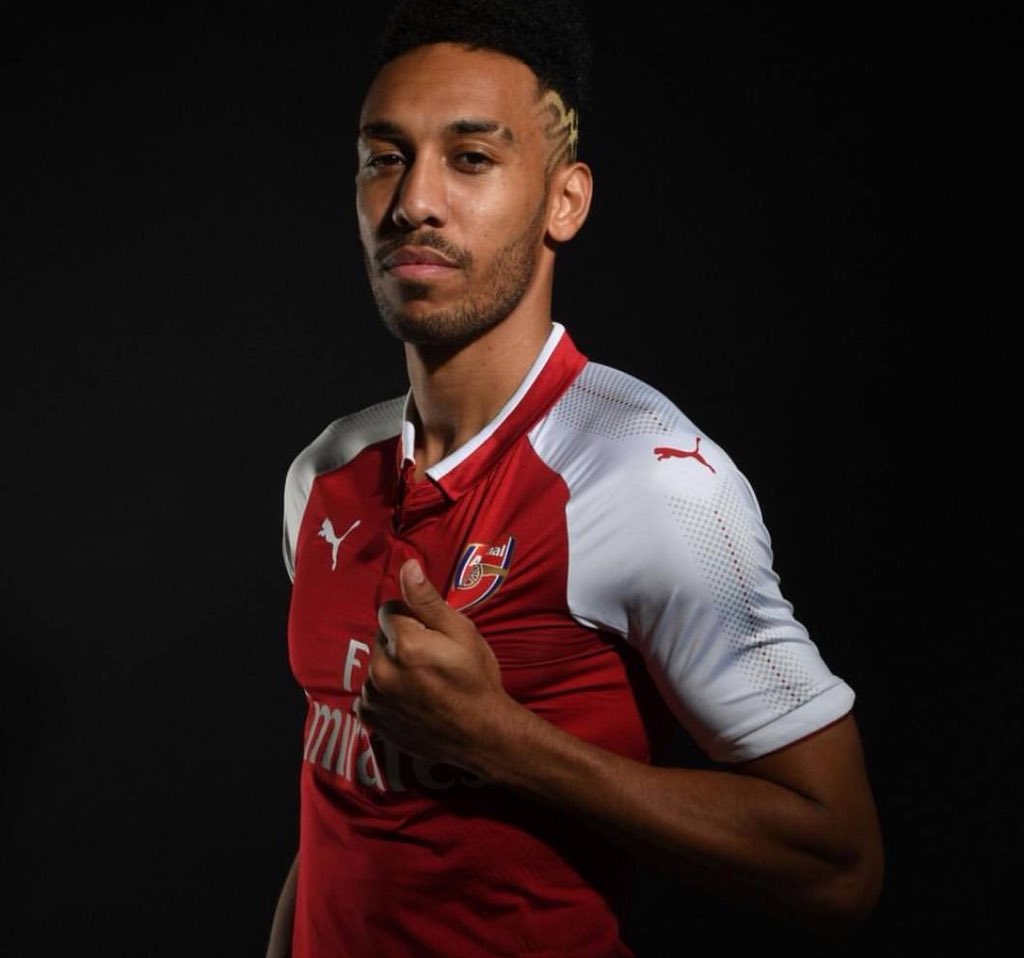 The gunners announced the signing of Gabon international Aubamayeng today and the player is now officially a gunner something the fans have been praying for.

The gunners have been negotiations with Borussia Dortmund for about three weeks now and they have finally struck a deal and the player has gone to the Emirates stadium today, now the question which remains is the shirt number he will be wearing at Arsenal.

There are plenty vacant numbers so let us take a look at the possible ones he could take;

The no. 14 Jersey number is currently vacant after the departure of Theo Walcott and the Gabon international would be proud to wear the legendary no. 14 shirt.

This is the 2nd choice he might choose if he doesn’t accept the legendary Jersey number, this one has been vacant since the summer transfer window because it was being worn by Alex Oxlade Chamberlain.

SHIRT NUMBER 34
This is also another vacant Jersey number which has recently gone un occupied after the departure of Francis Coquelin who left in this January transfer window. The Gabon international might consider getting this to.

This is also a vacant shirt number after it was vacated by the gunners former goalkeeper Emilliano Martinez so the striker might get this too even though it was previously worn by a goalkeeper.

So these are the possible shirt numbers he could take. He would have chosen the jersey no. 17 which he was wearing at Borussia Dortmund but it is already occupied at the gunners by Alex Iwobi.

​Can Big-Money Forwards Bring European Football to the Emirates Next Season?