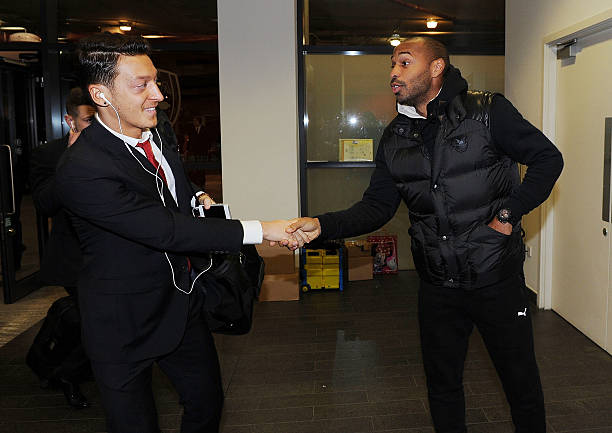 The gunners recently parted ways apart with their star forward Alexis Sanchez who left the club mid way the season and are now left with Mesut Ozil as one of the important players at the North London club.

The gunners witnessed the Chilean international leave the Emirates stadium after him refusing to sign a new deal which the gunners offered him and Arsenal Legend Thiery Henry was disappointed about this.

The legend however has given some advice to Mesut Ozil and has given him some piece of advice saying that the German international should make Arsenal his team;

“Mesut Ozil has to make it his team, Alexis Sanchez is gone. If he plays all the time like he did against Crystal Palace, he is unplayable.”

The gunners will now have to put all it’s efforts in trying to convince Mesut Ozil to stay at the club because his contract will be expiring at the end of this season yet there hasn’t been any clear signs that he wants to stay at the club.