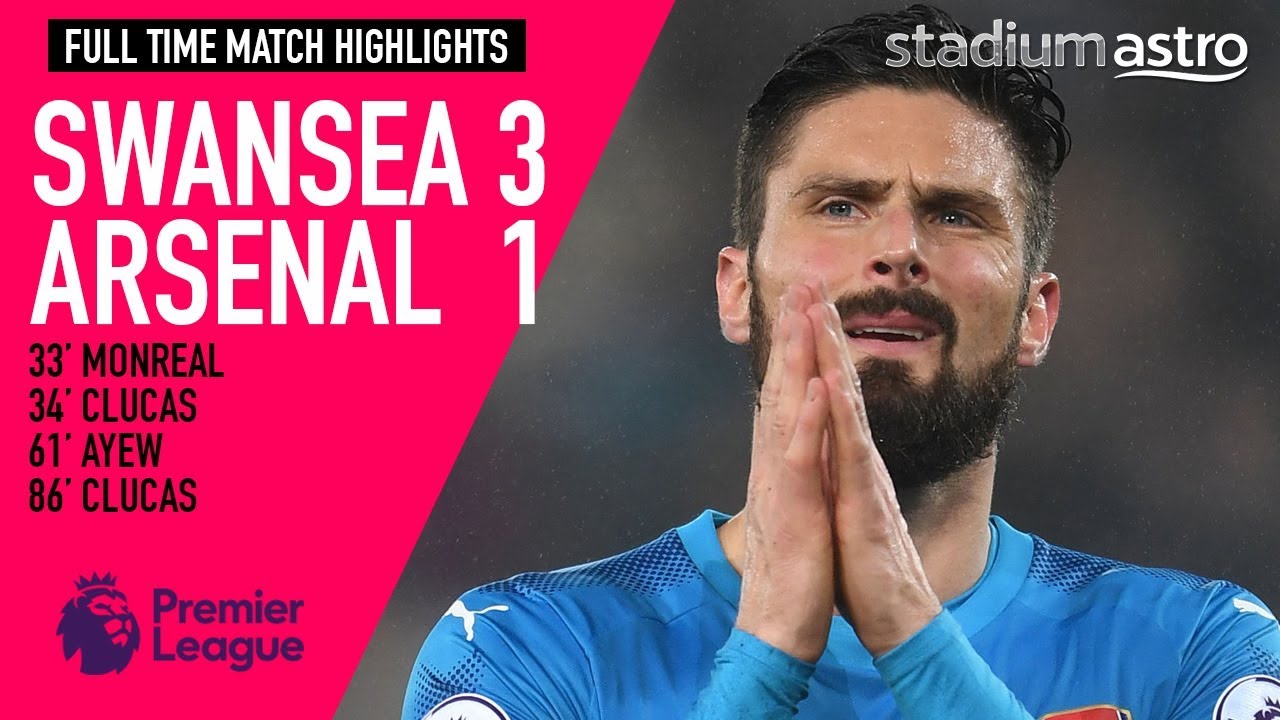 The gunners played against Swansea City yesterday and the Swans defeated the gunners 3-1 due to some defensive errors that spoilt the match for Arsenal.

The squad travelled to the Liberty Stadium yesterday and were the first to score the first goal but later conceded three goals hence the gunners losing all the three points.

We have brought the highlights video a bit late but we believe that there are some Gooners wanna see what went wrong in the mid week match.

The gunners witnessed one of the most horrible performance of their team but will be hoping that the new signings improve their squad.

Video: Giroud Scorpion Kick Goal ( To Miss Your Passion For The Club )

Arsenal 2 VS 1 Video Highlights ( Check Out What You Missed)