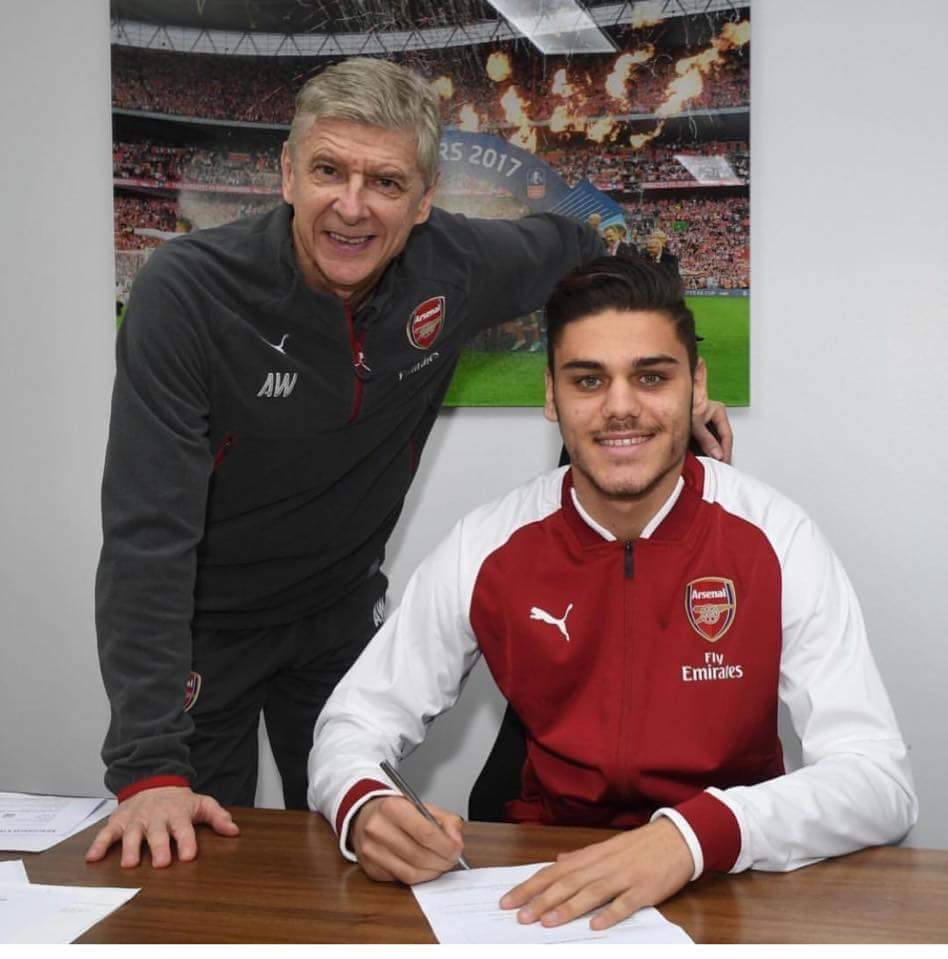 The gunners have made their first signing in the January transfer window by signing a 20 year old defender called Konstantinos Mavropanos from a club called PAS Giannina.

The Arsenal fans were hoping and praying that there team signs players in January transfer window and seems the manager has finally given them their wish by signing a said to be talented defender to help out on the experienced ones who have been inconsistent and some currently injured.

The gunners new signing comes from Greek Super League where he had made 16 appearances since his breakthrough to the first team last season, the player is now a North Londoner and Arsene Wenger will be hoping that the player settles well in the team and that the supporters love and believe in him so that he prospers at the club.

The new player will certainly be in action for Arsenal very soon because they currently in an injury crisis which has led to them conceding a lot of goals this season. It is believed that the draw against Chelsea was also among reasons that helped speed up this transfer. The football analysts will be curious how Konstantinos Mavropanos performs because they usually criticise the decisions of Arsene Wenger when it comes to transfers.

Related Topics:ArsenalKonstantinosPAS Giannina
Up Next