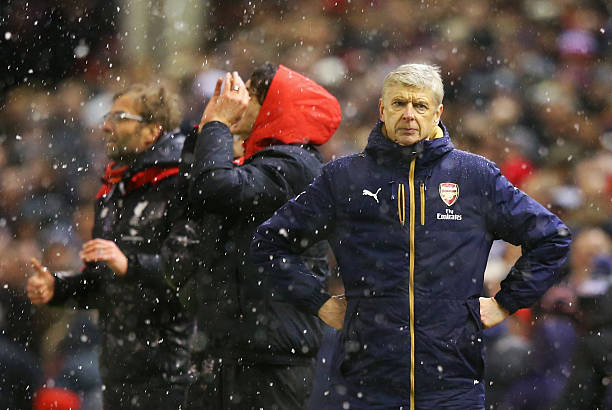 The gunners have had Arsene Wenger for over two decades now and the manager has accomplished many things for the club and has had even some hardships in his career.

The manager is considered to be one of the most successful managers in the English Premier League but he is currently hated by the Arsenal supporters who believe he is ruining their club. There has been reports that he is going to be replaced soon but he has rubbished off those claims.

Arsene Wenger has confirmed that he will remain as the gunners manager until 2019 amid rumours saying that he is leaving;

“I am always committed. I am here for 21 years. ’ said Wenger. ‘So in every single decision I make what is right for the club. Do I stay for one year or ten years it is exactly the same.” the manager is quoted by MIRROR SPORT.

The French manager believes that he still has the tactics to help the gunners achieve great. silverware’s even though most football analysts usually say it’s the perfect time for the veteran manager to let go or retire when he is still loved by the Arsenal fans.

The gunners have been underperforming this season and are currently in the 6th position now so they are currently at a risk of missing out on the UEFA Champions League spots for the second reason in a row which could be bad for the sponsors putting their money to the team.

The gunners will be playing Bournemouth tomorrow and the supporters will be hoping to see the manager make great tactics and team selections so that they collect all the three points.