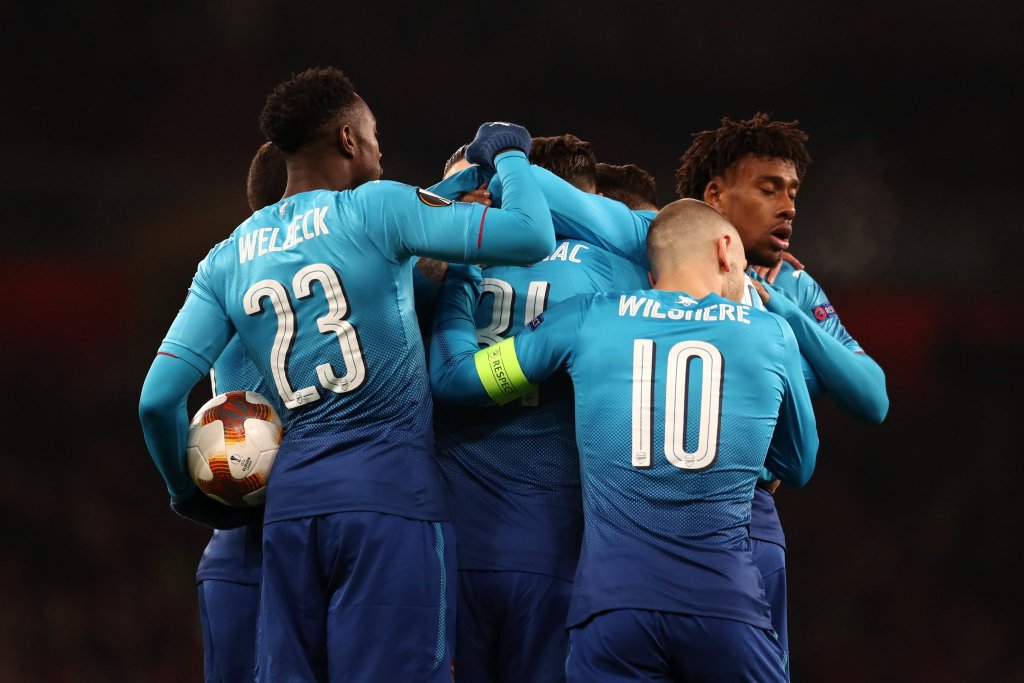 The gunners have today been drawn with AC Milan in the Europa League round of 16 and are the matches will be taking place next month.

AC Milan is a club name that would frighten any person interested in football who has been following the beautiful match for a while because the Italian club has a great history in the past as they have been crowned champions in many competitions including UEFA Champions League but the club is no longer as good as before.

The Italian giants have over the years been deteriorating in performance which is the same as Arsenal who were both playing in the UCL a few years ago but they now find themselves in the Europa League and have been drawn together, some football analysts say that the Serie A club will eliminate the gunners because they lost to a mare Swedish club Ostersunds at home which has made many to lose belief in the North Londoners.

( The last Arsenal team to play against AC Milan)

It’s many years since Arsenal last met with the Italian club and this is going to be an interesting match to watch because they will be the first team to give the gunners a headache in the Europa League because in the group stage matches as well as the round of 32 have been walkways for the North London club.

The gunners will soon be starting to focus more on the Europa League than the English Premier League because it could be their only chance of qualifying for next season’s UEFA Champions League because things aren’t working out well in EPL but they will now have one obstacle in their road to UCL and that obstacle is AC Milan who they will need to beat to qualify for the quarter finals.

Analysis: Should Ospina Start Ahead Of Cech In Carabao Cup Final