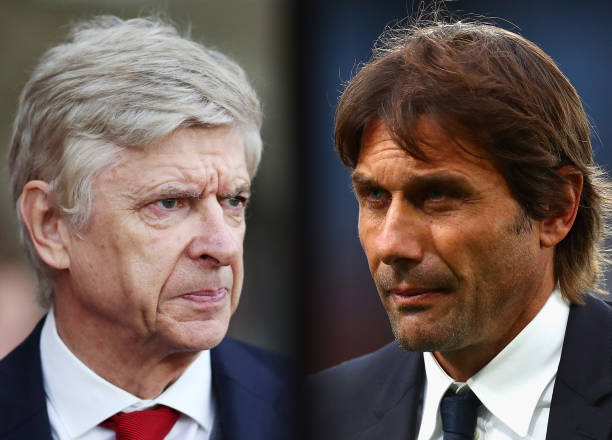 The gunners let go of Olivier Giroud to Chelsea in the January transfer window and it seems the Frenchman has already fit in to his new team.

The striker finally scored his first goal for the blues and he was so happy about that so he even made some comments explaining the major differences between Arsene Wenger and his new manager Antonio Conte.

The player says that the main difference between the two managers is that the Chelsea boss still has the player kind of feeling in him, here is what he said;

“Yeah, from the first game when I was behind bench I was watching the game with big attention.”But the coach just a few metres from me – it was special.’

‘You can feel he’s still a player in his head. You can tell he wants to help us on the pitch and he can’t just sit on the bench.’ the player is quoted by DAILY STAR.

‘Strikers need a human relationship with the coach, it’s nice to have confidence with him and you want to give back.”

The Frenchman didn’t mention Arsene Wenger but the statement was quite clear that the striker was doing a comparison between the two managers and he gave credit to Antonio Conte who he says that he is a manager who can motivate the player to perform well on the pitch.

It will be interesting to see what the gunners manager will say about that statement because they have had a strong relationship with Olivier Giroud for all the years he spent at the Emirates stadium.

Welbeck Reveals Why He Had A Poor Performance Against Ostersunds