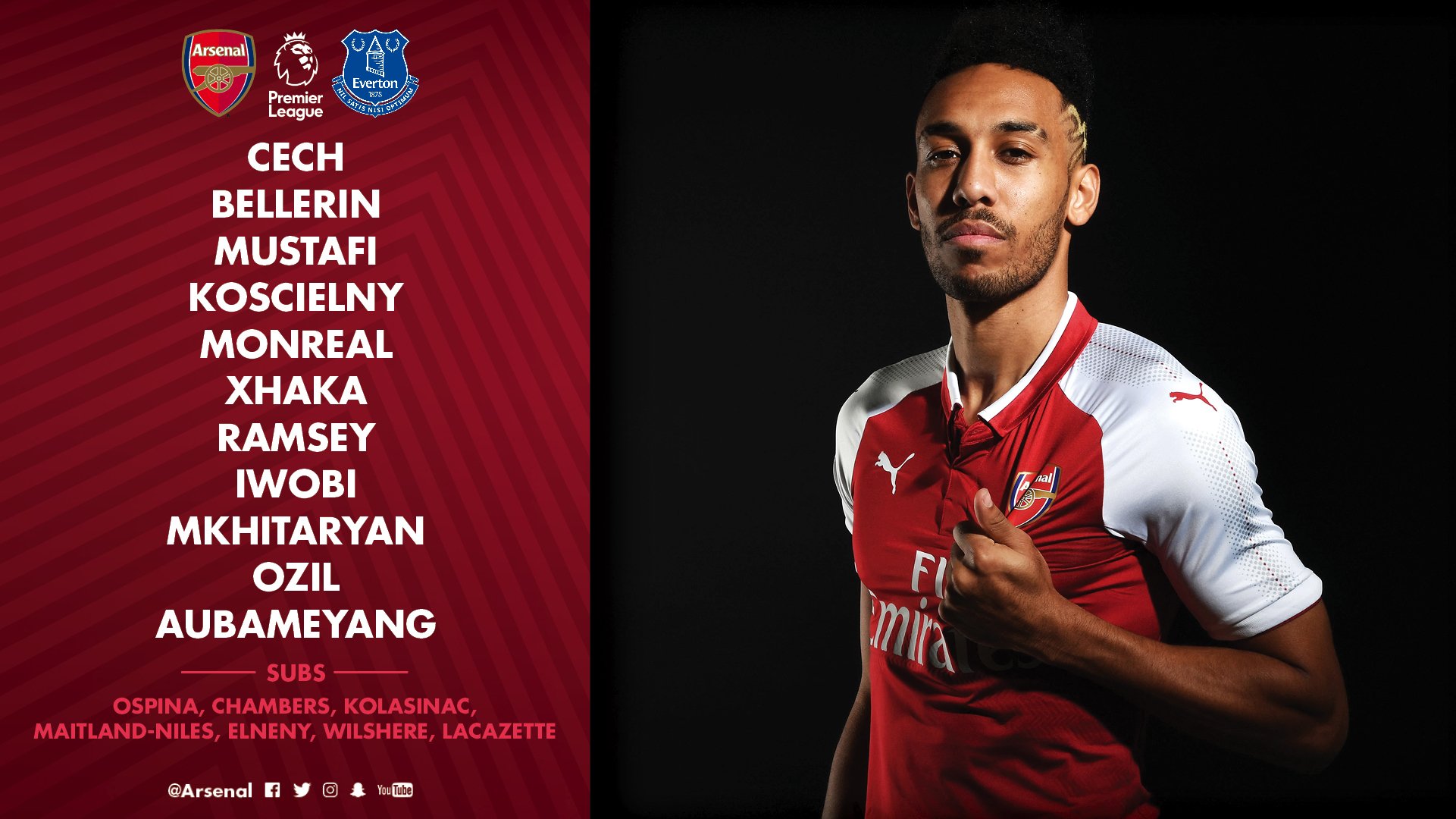 The gunners are taking on the toffees at the Emirates stadium a few minutes from now and the lineup of Arsenal has been revealed.

The gunners will be lining up with the following players as you can see below;

The gunners have been underperforming this season and some have been saying that some of the defeats are due to poor selections by the Arsenal manager Arsene Wenger.

This will be a match which the Gooners Will be hoping to collect all the three points because they are at a risk of missing out on the UEFA Champions League spots for the 2nd season in a row.

Wenger Reveals Which Type Of A Club Arsenal Is!