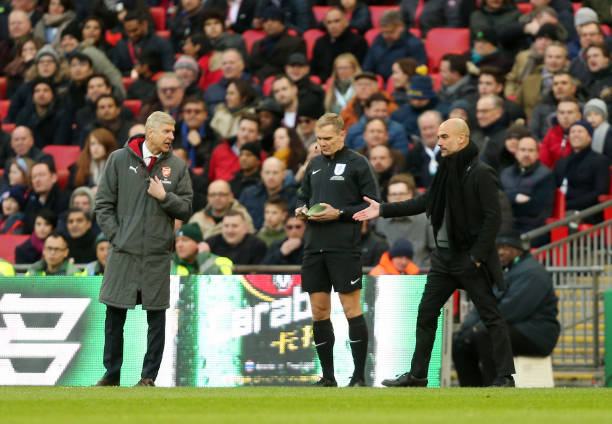 The gunners were schooled by Manchester City in the Carabao Cup final yesterday at the Wembley Stadium after a poor display by the Arsenal squad.

The gunners were disciplined by the Manchester club who seemed way to better than the North Londoners who looked very nervous throughout the math which made them lose 3 nil in the cup final.

Arsene Wenger didn’t plan the match to go like this and the manager says that his team was un lucky;

“I felt we were unlucky to be 1-0 down at half time, we made a defensive mistake and missed an unbelievable chance at 0-0 so it was frustrating.’ the manager told Arsenal Player.

‘In these types of games, playing against a side of that calibre, to be 1-0 down is difficult.”

The fans expected a much more battle for the Carabao Cup not the type of match that happened yesterday where the match got outplayed by the Manchester team.

Aaron Ramsey Makes His Say On Yesterday’s Loss Against City

Wenger Reveals Whether He Will Priotise Europa League Now