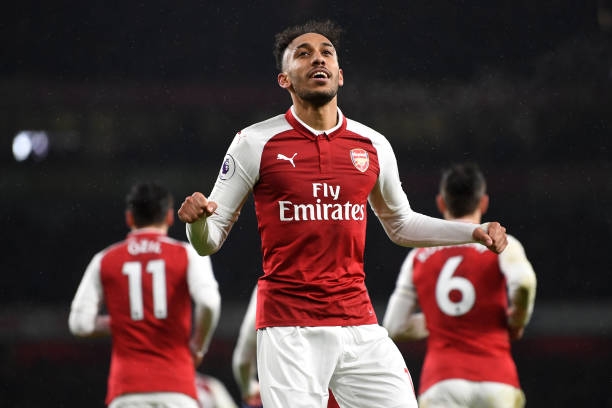 The gunners recently concluded the signing of Aubamayeng from Borussia Dortmund in the January transfer window for a fee reported to be around £60 million.

The Gabon international has been an outstanding striker at his previous club and he was very successful because he would score above 20+ goals so Arsene Wenger will be hoping to see them same.

The striker has revealed that Mkhitaryan was among the people that influenced him to join the gunners this season, here is what he said;

“He called me some times, he asked will you come or not!? First you have to tell me if you sign or not.’ said the Gabon international.

‘Mkhitaryan told me all was done and of course it was a big factor in coming here.”

The player says that the Armenian international has always been like a brother to him because they understand each other, he then later adds and says that he is excited that they are finally reunited.

The pair got their first home debuts on the weekend on Saturday when the gunners hosted Everton at the Emirates stadium and they both had an interesting match as Aubamayeng scored one goal while Mkhitaryan made three assists including one which went to the Gabon international.

The gunners will be hoping that this duo helps them forget the Ozil-Sanchez combination which ended this year when Alexis Sanchez left to Manchester United.

Wenger Reveals What Impressed Him Most About Aubamayeng Yesterday