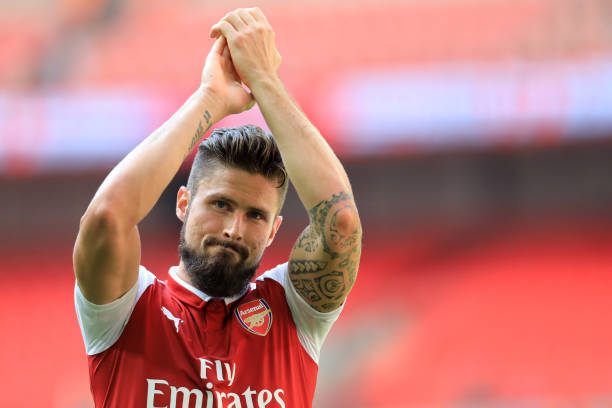 The gunners let go of their forward Olivier Giroud to their arch rivals Chelsea in the January transfer window in order to accomodate their new striker Aubamayeng.

Olivier Giroud spent over five and a half years at the Emirates stadium and helped the gunners win three FA Cup trophies and he was sold this year because they needed to let go of some of strikers hence they decided to sell the Frenchman.

The French international says that he had un complished business with the gunners;

“I do not know if we can really call it a regret but I have a little taste of unfinished business because I really wanted to win the Premier League with Arsenal.’ the player told SFR Sport.

‘It does not erase five and a half years like that but I repeated it often enough: it was my goal.”

The French international was a passionate gunner ever since he made his move to the Emirates stadium and faced a lot of criticism in all the five years he spent in the London city.

Aaron Ramsey Makes His Say On Yesterday’s Loss Against City