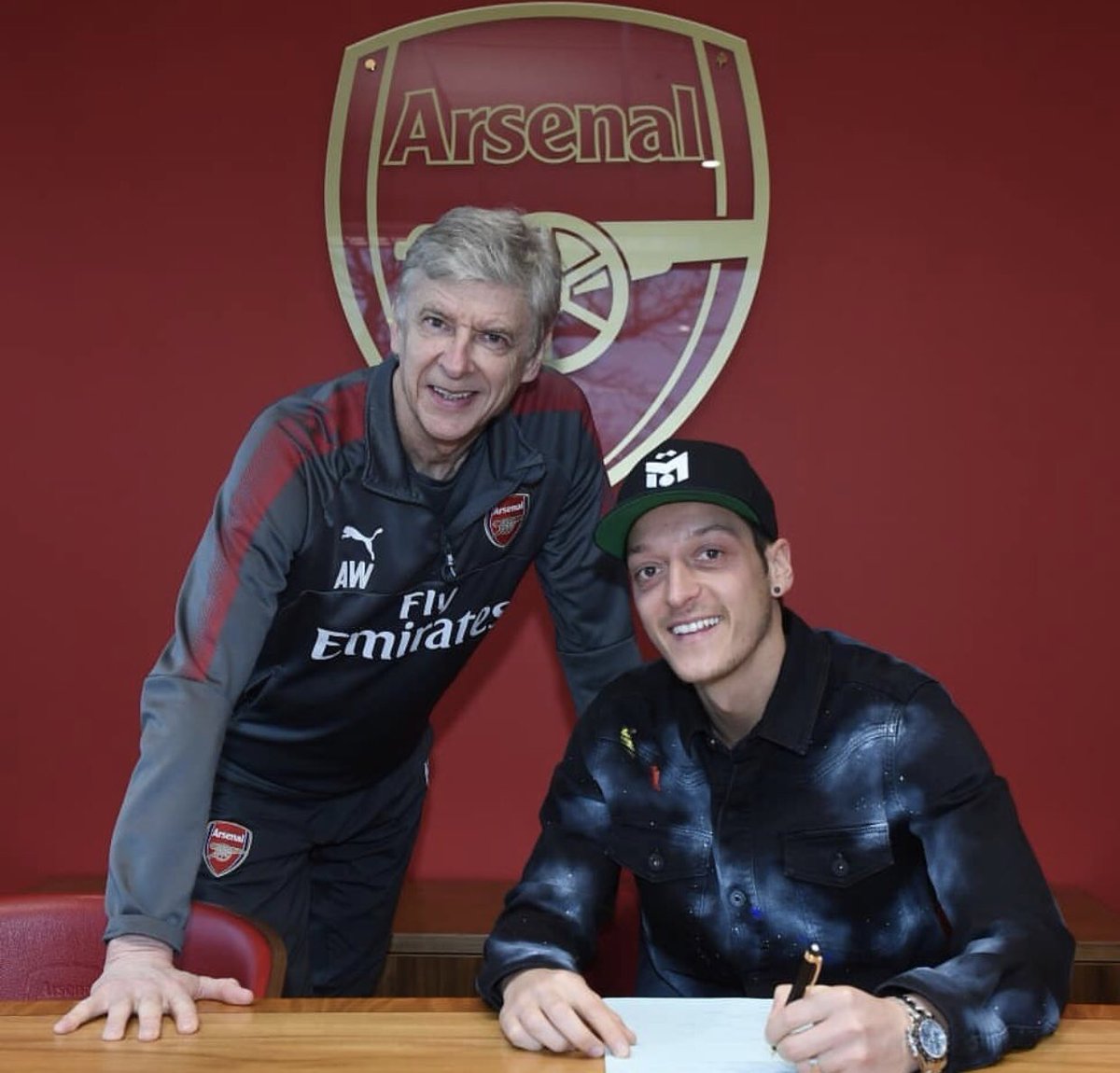 The gunners have finally became successful in convincing their star midfielder Mesut Ozil to sign a new deal which he has finally done.

The German international has put to pen to a new deal which extends his current deal to more three years, a something which the Arsenal fans have been craving for since the start of the 2017/18 season which begun in August.

It mustn’t have been a hard decision because Mesut Ozil has been a passionate gunner ever since he came to the Emirates stadium and he has reassured his loyalty to the North London club by agreeing to sign a new deal.

It seems that Arsene Wenger is patching every loopholes in his team, preparing for the next season and making Mesut Ozil sign a new deal was one of those things.

Report: Find Out Players Who Have Joined And Who Also Have Left Arsenal