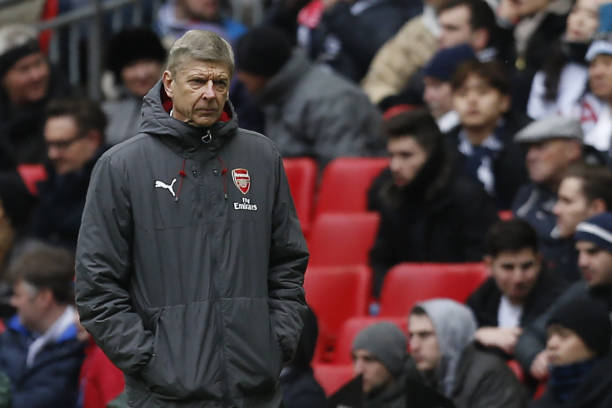 The gunners seem to be failing to get closer to the English Premier League top four as they are losing valuable points which could have benefited them in qualifying for UEFA Champions League for this season.

The gunners faced off with Spurs today at the Wembley Stadium and were defeated after Harry Kane‘s header went into the back of the Arsenal net. The fans, the players and manager are currently afraid that they will not be playing in the UEFA Champions League next season.

Arsene Wenger was frustrated with the result of today’s match and was then asked if he was thinking of focussing on Europa League in order to qualify for UCL, here‘s what he said on that;

“Champions League from the Premier League [top-four finish]. I’m not a great fan of qualifying through the Europa League because I don’t think it’s right.’ the manager told Arsenal’s official website.

‘If it’s an opportunity, we’ll have. to try to take it as well. The priority is still to be in the Premier League.”

The manager clearly says that he prefers to take the EPL path in trying to play in the UCL for next season but some Gooners don’t agree with him because they are afraid that their results in English Premier League just keep getting worse.

The gunners are playing in the Europa League for the first time in 19 years because they had been playing in the UCL for a decade plus years but finally missed out on the UCL spots last season after they finished 5th.

Read: Wenger Makes His Say On The Chances His Team Created Against Spurs