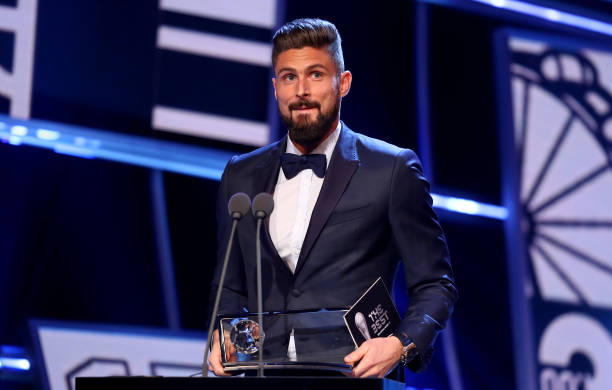 The gunners had quite an interesting January transfer window which saw them lose some of their long term stars like Olivier Giroud who left the Emirates stadium for Chelsea.

The Frenchman had spent over five years at the Emirates stadium but finally quit it in 2018 when Aubamayeng made his move to the Emirates stadium. Emmanuel Petit has revealed the reason why the 31 year old decided to leave the North Londoners this season.

The legend believes that the reason why the Frenchman left is because the gunners had acquired the services of Gabon international Aubamayeng, the legend said;

“As for Giroud, who departed as a direct result of Aubamayeng signing, I think he made the decision to leave himself.’ the legend told PADDY POWER.

‘I am certain it was a tough decision for Giroud to make.He really seems to love Arsenal but that is the way it is. In football, things move quickly and you need to adapt.”

Some  fans will agree with the statement of their legend especially the part where he says that Olivier Giroud might have found it hard to make this decision because he has always been a passionate gunner.

Analysis: Is Aubamayeng Signing The End Of Lacazette At Arsenal