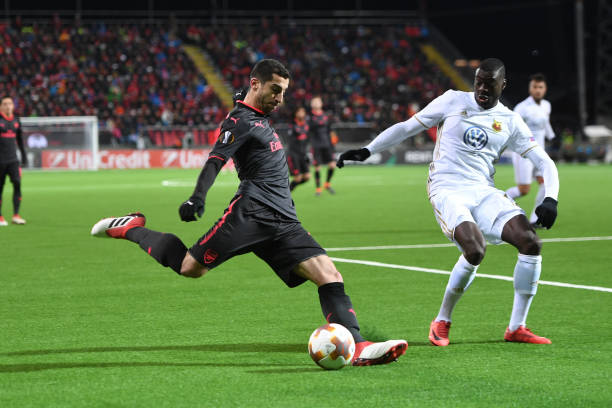 The gunners faced off as against their Europa League opponents Ostersund who they defeated 3-0 last night after a great performance from the team.

Mkhitaryan was among the players that travelled with the manager to Sweden and he was even given a start to face the Swedish team and the player performed quite well which even impressed the manager.

Arsene Wenger had this to say after the match on the performance of the Armenian international;

“He worked very hard and it was a positive performance. He adapts slowly to the team and overall he had a positive game tonight.” the manager told arsenal.com.

The player joined the gunners in the January transfer window and It seems that he has started fitting in well with the rest of his new team members where he has spent just 2 weeks.